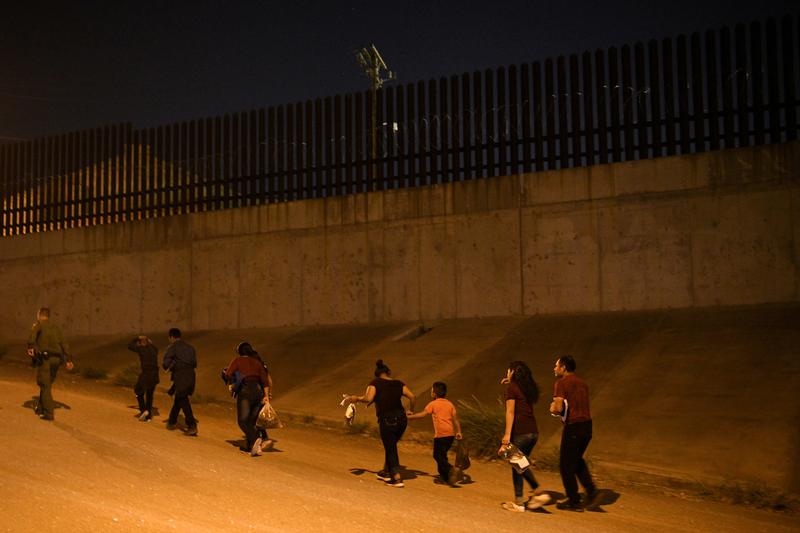 (Reuters) – The U.S. Supreme Court last week allowed a Trump administration rule to temporarily take effect that will radically reduce the number of migrants eligible to seek U.S. asylum. Judges and asylum officers are now being directed to implement it.

Immigration is central to U.S. President Donald Trump’s agenda and the government has said the new rule will reduce fraudulent asylum claims, while immigrant advocates say it risks returning vulnerable migrants to danger and even death.

The legal challenges against the rule are ongoing – in courts in California and Washington D.C. – but the long process to decide whether it is unlawful will likely continue past the 2020 elections, legal experts say.

In the interim, tens of thousands of asylum claims are likely to be denied. The following explains how that could happen.

WHAT HAPPENS WHEN A MIGRANT SEEKS ASYLUM AT THE U.S.-MEXICO BORDER?

Some migrants head to a legal port of entry to ask border agents for asylum, but since only a few are let across each day, long wait lists have formed. Other migrants cross the border illegally and turn themselves in to the first agents they see to ask for refuge.

Under the typical process, asylum seekers are given an interview with a U.S. asylum officer to determine if they have a “credible fear” of persecution in their home country. If they pass that initial screening, they face an immigration judge who decides if their asylum claim has merit – a process that can take months or years because of huge court backlogs. Some migrants are detained during the wait, but many are released on bond or parole into the United States.

This year, however, the Trump administration adopted a new policy called the “Migrant Protection Protocols,” which skips the initial “credible fear” screening and sends some migrants to wait in Mexico during the U.S. court process. So far about 42,000 migrants have been returned to Mexico under the rapidly expanding policy that began on Jan. 29. That is only about 6% of the roughly 680,000 migrants who crossed the U.S. southern border from February through August this year.

WHO IS AFFECTED BY THE NEW RULE?

The rule cuts off the possibility of U.S. asylum for almost all migrants arriving at the southern border if they have not sought refuge in a country they traveled through first. It will be applied by both asylum officers and immigration judges.

It will generally affect all asylum applications of migrants who entered the country on or after July 16, the day the rule was published in the Federal Register, according to guidance sent to immigration judges by the Executive Office for Immigration Review, the Department of Justice agency that runs the immigration courts.

Most migrants arriving at the border are from the Central American countries of El Salvador, Guatemala and Honduras, but the rule will also hit significant numbers of Cubans, Venezuelans, Indians and Africans who make their way through many countries before arriving at the U.S.-Mexico border.

CAN MIGRANTS AT THE SOUTHERN BORDER STILL SEEK PROTECTION IN THE UNITED STATES?

The new rule specifically allows migrants to seek two other kinds of protection in the United States. One is under the Convention Against Torture and the other is known as withholding of removal. However, the applicant has to clear a higher bar to be eligible for that type of relief, and there are fewer benefits.

Migrants can also seek refuge in Mexico or countries farther south like Guatemala but the asylum agencies there are small and already overwhelmed with claims.

For a story on Mexico’s asylum agency click here: reut.rs/2lTYnZl

FILE PHOTO: The exterior of the U.S. Supreme Court in Washington, U.S., is seen on September 16, 2019. REUTERS/Sarah Silbiger/File Photo

DOES THE RULE GO INTO EFFECT IMMEDIATELY?

The rule had already been implemented in Texas and Arizona starting mid-August after an appellate court narrowed an earlier nationwide block. Immigration attorneys representing migrants in detention at a facility in Dilley, Texas, saw a jump in the number of initial screening denials of asylum applicants during that time.

Reporting by Tom Hals in Wilmington, Delaware, and Kristina Cooke in San Francisco; Editing by Mica Rosenberg and Matthew Lewis