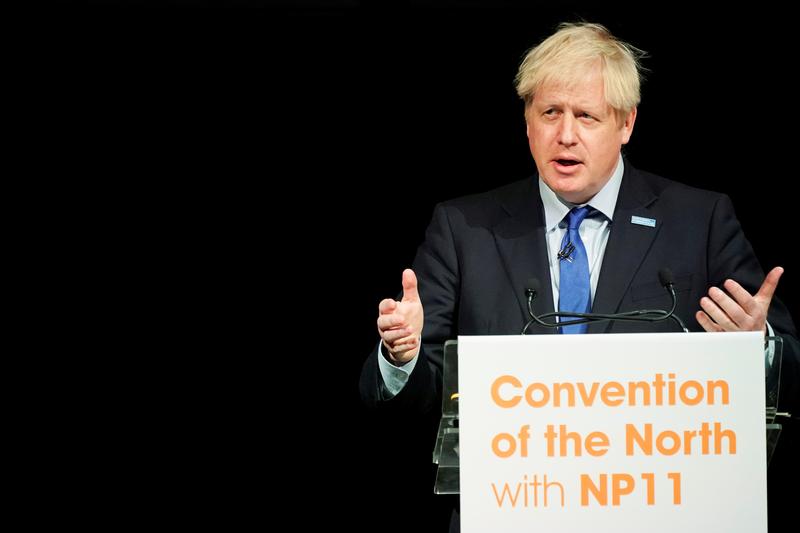 LONDON (Reuters) – British Prime Minister Boris Johnson said on Sunday the next few days would be key to his chances of securing a Brexit deal, and that an agreement with the European Union was still his aim and still possible.

Britain’s Prime Minister Boris Johnson gestures as he speaks during the Convention of the North at the Magna Centre in Rotherham, Britain September 13, 2019. Christopher Furlong/Pool via REUTERS

With less than seven weeks remaining until Britain is due to leave the European Union, Johnson has yet to strike a deal with Brussels to manage the unprecedented separation between the world’s fifth largest economy and its biggest trading partner.

Johnson has pledged to leave the EU with or without a deal on Oct. 31, even though British lawmakers have passed a law which would force him to request a delay beyond that date if he is unable to reach a deal with the EU.

The British prime minister travels to Luxembourg on Monday to meet outgoing European Commission President Jean-Claude Juncker, and has set his sights on winning a revised deal at an EU leaders’ summit on Oct. 17-18.

“If we can make enough progress in the next few days, I intend to go to that crucial summit on Oct. 17, and finalize an agreement that will protect the interests of business and citizens on both sides of the (English) Channel, and on both sides of the border in Ireland,” Johnson wrote in the Daily Telegraph newspaper.

“I believe passionately that we can do it, and I believe that such an agreement is in the interests not just of the UK but also of our European friends.”

Johnson and his ministers have in recent days talked up progress in negotiations with Brussels, but the EU side have consistently sounded less optimistic, putting the emphasis on Britain to come up with new ideas.

Since coming to power in July off the back of May’s resignation, Johnson has adopted a tougher negotiating stance, vowing that Britain will leave without a deal if it has to and stepping up preparations to mitigate possible food, fuel and medicine shortages attached to that outcome.

“It is not and never has been the outcome that I want, but our preparations are by now very extensive,” Johnson wrote. “Yes, there may be difficulties ahead, but we will overcome them all.”

Nevertheless, he has yet to publicly announce new proposals on how to solve the Northern Irish border issue, and has had his options severely limited by parliament, which passed a law aimed at preventing a no-deal Brexit.

In his Telegraph article, Johnson criticized parliament for hampering his negotiations by approving the law.

“Its effect is completely contrary to the UK’s interests – because it has at least given the impression to our partners that the UK is no longer either fully able or determined to leave on Oct 31,” he said.

“In so far as that impression has been given, it is wrong.”

Reporting by Philip George in Bengaluru and William James in London; Editing by Sandra Maler