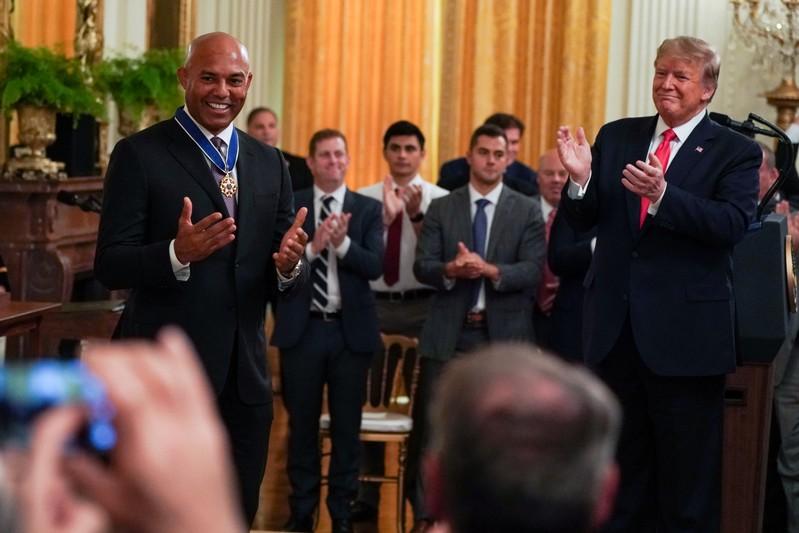 President Donald Trump presents the Presidential Medal of Freedom to Mariano Rivera in the East Room of the White House in Washington, U.S., September 16, 2019. REUTERS/Sarah Silbiger

“He is the most dominant relief pitcher in the history of baseball, and more than that, he has lived the American dream and shines as an example of American greatness for all to see,” Trump said.

Born in Panama, Rivera became a naturalized U.S. citizen in 2015. He currently serves as co-chair of the President’s Council on Sports, Fitness and Nutrition, and has served on the Opioid Drug Abuse Commission.

“I’m proud to be an American,” Rivera said during his brief remarks Monday. “For that, I thank God.”