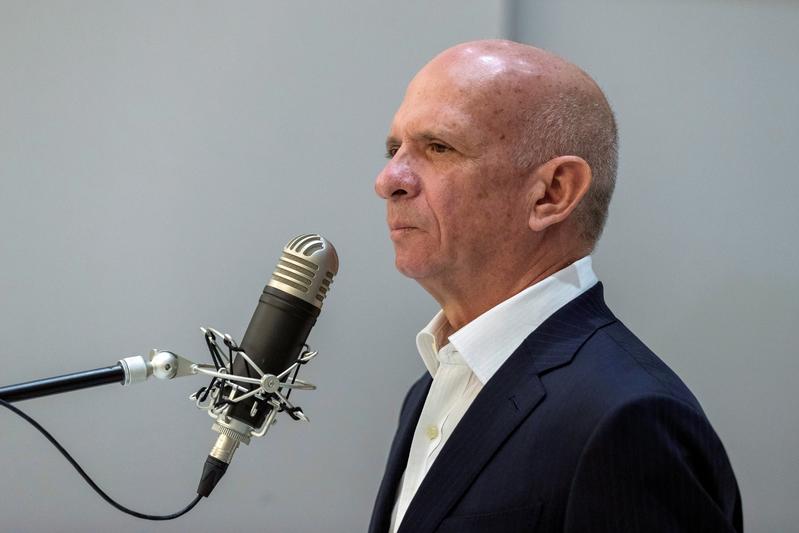 MADRID (Reuters) – Spain’s High Court ruled on Monday that the government should refuse a request from the United States to extradite Venezuela’s former military intelligence chief and ordered his release from jail.

Former general Hugo Carvajal was arrested on drug trafficking charges by Spanish police in April at the request of Washington, which says it believes he will share incriminating information about Venezuelan leader Nicolas Maduro.

“I didn’t expect any other outcome. I’m innocent,” Carvajal told reporters as he left the prison on the outskirts of Madrid surrounded by his family, including various young children.

“Of course some day I will go back to Venezuela, and for now I will continue fighting for my country, as long as Spain allows me,” he said.

Carvajal praised the Spanish justice system and said his imprisonment conditions were nothing to complain about. “I wish there were prisons like that in Venezuela,” he said.

The Spanish government has the final say on extraditions, but it tends to follow the court’s rulings.

Carvajal was an ally of Venezuela’s late Socialist leader Hugo Chavez and has turned against Maduro, who succeeded Chavez. He has denied accusations he helped Revolutionary Armed Forces of Colombia (FARC) rebels smuggle cocaine to the United States.

During the extradition hearing last week, he said Washington was fabricating the drug charges in order make him talk, raising doubts about whether he will cooperate in future with the United States.

The court ruled against the extradition despite the state prosecutor’s recommendation that the request be satisfied. It will explain its reasoning on Tuesday.

As well as denouncing Maduro, Carvajal has given his support to opposition leader Juan Guaido, who in January invoked the constitution to assume an interim presidency of Venezuela and was recognized by the United States and dozens of other states.