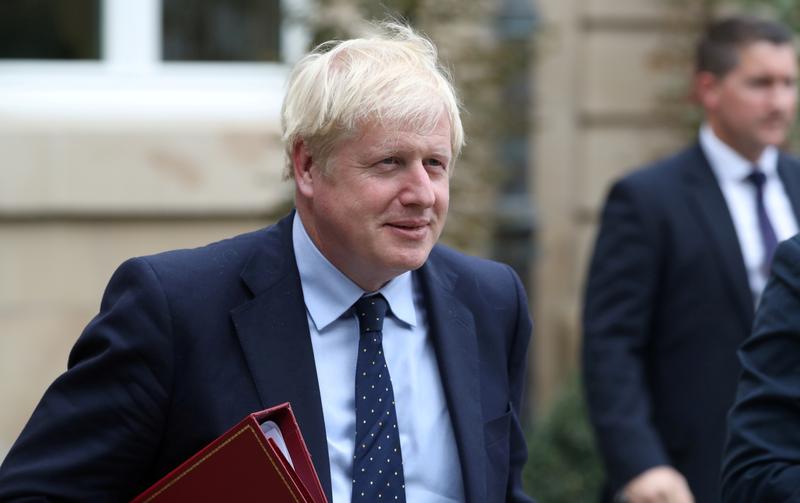 LONDON (Reuters) – Prime Minister Boris Johnson on Monday said he would obey the law but would still take Britain out of the European Union at the end of October with or without a deal.

A law passed by Britain’s parliament this month requires Johnson to ask the EU for a three-month delay to Brexit if a deal is not approved by Oct. 19, though British media reports have said that his team are looking at ways to circumvent it.

Asked during an interview with the BBC how he would get round the law, Johnson said: “I will uphold the constitution, I will obey the law, but we will come out on October 31.

“It’s vital that people understand that the UK will not extend … what we’re going to do is come out on October 31st, deal or no deal.”

The prime minister gave no indication how he would avoid asking for an extension if there was no deal.

Johnson had earlier pulled out of a press conference with Luxembourg’s prime minister, Xavier Bettel, after a noisy crowd of anti-Brexit protestors gathered nearby.

Asked by the BBC whether Britain was a stable country or in chaos, Johnson said it was “extremely stable”.

“We’re going through a period of constitutional adjustment caused by the decision of the people to leave the EU. That was always going to be logistically and practically difficult … but we’re going to do it and we’re going it by October 31st.”