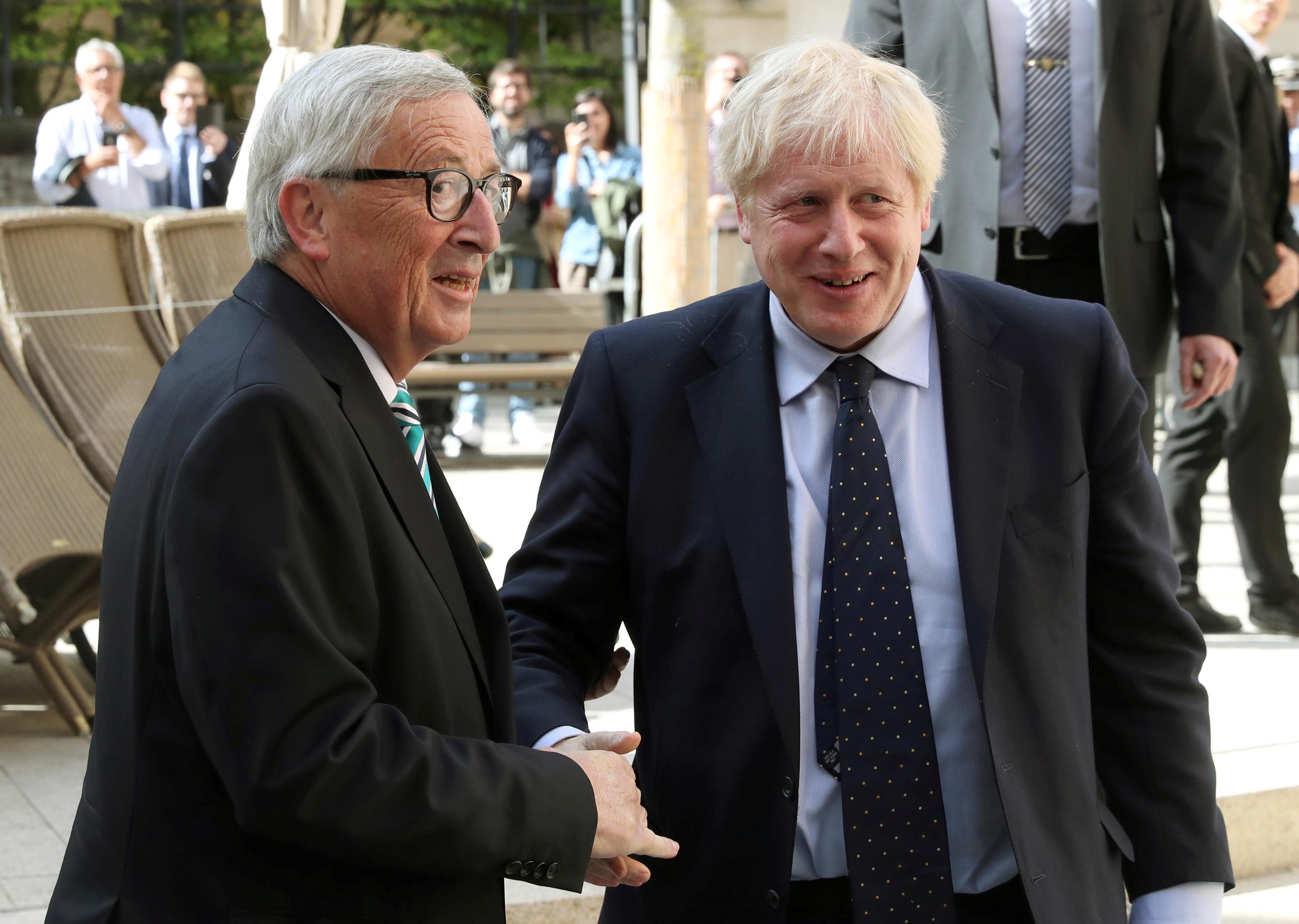 LUXEMBOURG (Reuters) – The European Commission said on Monday that London had still not proposed an alternative to the Irish backstop that has stymied a deal on Britain’s exit from the EU, giving a blunt read-out of a meeting between its president and Prime Minister Boris Johnson.

Johnson’s office gave a more upbeat account of the lunch meeting in Luxembourg with European Commission chief Jean-Claude Juncker, but reiterated that Britain would leave the European Union on its Oct. 31 divorce date and would not request a delay.

With less than seven weeks until Britain is due to leave the European Union, Johnson has yet to reach an agreement with Brussels on how to manage the separation between the world’s fifth-largest economy and its biggest trading partner.

Johnson’s office said in a statement after the Luxembourg lunch that talks between Britain and the EU would intensify.

They would be raised to a political level — between EU Brexit negotiator Michel Barnier and Britain’s Brexit Secretary Stephen Barclay — from the technical-level talks of recent weeks, and meetings would take place on a daily basis.

Johnson is hoping a Brexit deal can be clinched at an EU leaders’ summit on Oct. 17-18.

The future of the land border between EU member Ireland and the British province of Northern Ireland is the central issue of disagreement both between Johnson and the EU and between him and British lawmakers. Britain’s parliament three times rejected a deal negotiated by his predecessor Theresa May which included the so-called backstop mechanism to keep the border open.

Juncker told Johnson over lunch that he must present workable proposals to replace the Brexit backstop.

“President Juncker recalled that it is the UK’s responsibility to come forward with legally operational solutions that are compatible with the Withdrawal Agreement,” the European Commission said in a statement, referring to the deal struck by May.

“President Juncker underlined the Commission’s continued willingness and openness to examine whether such proposals meet the objectives of the backstop. Such proposals have not yet been made.”

Juncker and Johnson dined at the Bouquet Garni restaurant, an 18th-century building of bare stone walls and low ceilings in the medieval heart of Luxembourg.

Outside, dozens of Britons, many of them retirees living in Luxembourg, held banners protesting against Johnson’s approach.

“Despite what he is saying about working flat-out on a deal, he is determined that the UK leave the EU on the 31st of October without a deal and he doesn’t give a damn about the consequences for the country as a whole. Because he is not going to suffer,” said Sue Dunlop, 65, a retired translator at the Commission and European Parliament. “It is outrageous.”