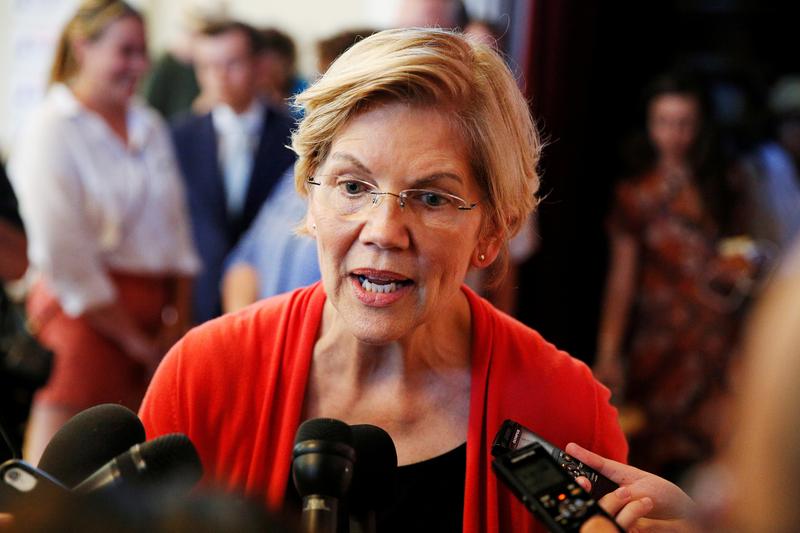 WASHINGTON (Reuters) – Democratic presidential candidate Elizabeth Warren on Monday proposed a major rewrite of U.S. laws governing lobbying that she said was aimed at restricting corporate influence and rooting out “corruption in Washington.”

Warren, a U.S. senator from Massachusetts, seeks to transform the practice of U.S. government officials cashing in by moving to private-sector jobs where they make vastly more money by influencing regulations and legislation.

In a detailed policy plan, Warren one of the top contenders among 20 Democrats seeking their party’s nomination to face Republican President Donald Trump in the November 2020 election, proposes barring elected officials and senior government appointees from ever becoming lobbyists.

She would also ban U.S. firms lobbying on behalf of foreign governments, expand the definition of lobbyists to include anyone paid to influence lawmakers, impose new taxes on excessive lobbying by large companies and restrict the ability of industry officials to “dominate” the regulatory process.

“Today, I’m announcing a comprehensive set of far-reaching and aggressive proposals to root out corruption in Washington,” Warren said in her plan.

She added that “comprehensive anti-corruption reforms targeted at Washington itself are necessary to finally end the stranglehold that the wealthy and the well-connected have over our government’s decision making processes.”

The Center for Responsive Politics said in January that companies and others spent $3.42 billion on lobbying in 2018, the highest amount in eight years.

Warren’s plan takes aim at Trump, a real estate developer who as president regularly visits his own hotels, resorts and golf clubs. She would require presidents and vice presidents to place business assets in a blind trust to be sold and require other senior officials to divest assets that could present conflicts.

Trump maintains ownership of his businesses but has ceded day-to-day control to his sons. Last week, Trump said that before November 2020, he would release an “extremely complete” financial report.

Warren noted that T-Mobile US Inc, which won Justice Department approval to merge with Sprint Corp in July, “sent its top executives to the Trump Hotel in DC right after the company announced a merger.”

On Friday, a federal appeals court revived a lawsuit alleging that Trump violated the U.S. Constitution by profiting from foreign and domestic officials who patronized his properties. Trump denies the allegations.

Warren wants to ban lobbyists from all fundraising activities including hosting events or serving as campaign bundlers, bar senior officials and Congress from trading individual stocks and pay congressional staff “competitive” salaries with the private sector. She would bar all federal employees from becoming corporate lobbyists for six years after leaving government.

She would also prohibit courts from using sealed settlements to conceal evidence in cases involving public health or safety and allow the public to sue federal agencies to enforce rules.