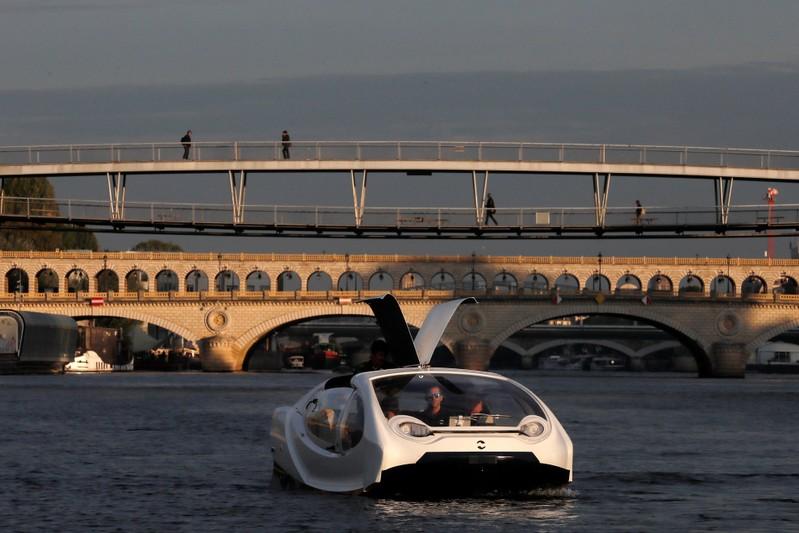 The Bubbles water taxi is seen on the River Seine during a demonstration by the SeaBubbles company in Paris, France, September 16, 2019. REUTERS/Gonzalo Fuentes

PARIS (Reuters) – An innovative boat that saves energy by rising out of the water on hydrofoil wings underwent testing on the Seine river in Paris on Monday as its backers seek to obtain a license to operate a taxi service on the river.

The SeaBubbles craft is powered by electric motors and its hydrofoil wings reduce the drag on the hull in the water, making it more energy efficient than conventional boats.

SeaBubbles co-founder Alain Thebault said the boat, which carries four passengers and one pilot, has green credentials as it is noise free and produces no pollution.

“It’s the future,” he told Reuters in an interview after the boat had completed its latest tests, running up and down the Seine.

The testing will continue until Sept. 20, after which the project’s backers hope to obtain a commercial license to run taxi services from the east of Paris to the west.

Hydrofoils were invented decades ago but their commercial use is limited because they tend to be unstable. SeaBubbles uses computer processors to adjust the hydrofoil wings constantly in the water, which its designers say gives passengers a smooth ride.