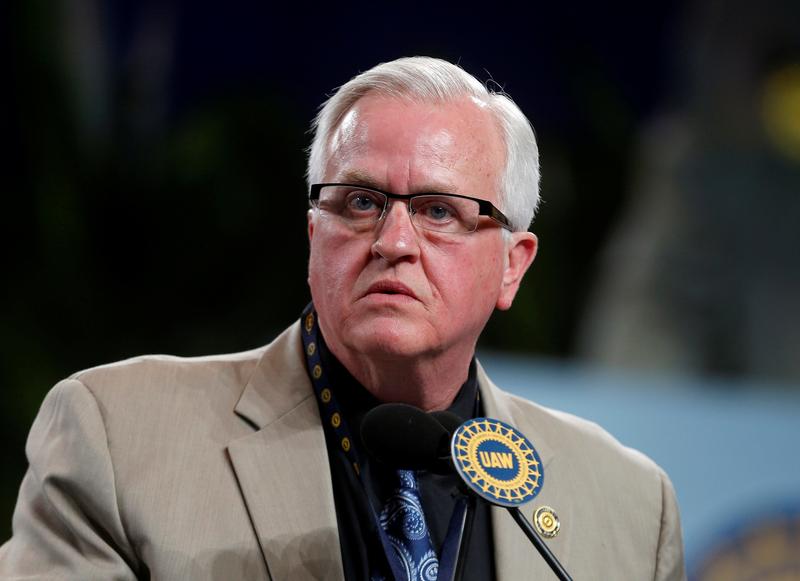 DETROIT (Reuters) – The United Auto Workers (UAW) said late on Saturday it would not extend its contract with General Motors Co (GM.N) and would decide on a course of action at a meeting of union leaders in Detroit Sunday morning that could result in talks resuming or possibly workers going out on strike.

The announcement came just hours before the UAW’s four-year contract with GM was to expire and capped a dramatic week for the union in which a top official was charged with embezzlement and its president was implicated in an ongoing federal corruption probe.

“We still have many outstanding issues remaining, including significant differences (with GM)… on wages, health care benefits, temporary employees, job security and profit sharing,” Terry Dittes, the UAW vice president who handles relations with GM, wrote in a letter to union officials.

Dittes said talks would continue right up until the collective bargaining agreement expires at midnight.

GM responded in a statement.

“We continue to work hard on solutions to some very difficult challenges,” GM said. “We are prepared to negotiate around the clock.”

On Friday, the UAW announced temporary contract extensions with Ford Motor Co (F.N) and Fiat Chrysler Automobiles NV (FCA) (FCHA.MI) (FCAU.N) while it focused its attention on GM. The union had targeted GM as the first automaker with which it wanted to conclude contract talks.

This year’s talks had been expected to be contentious, but have been complicated by recent developments in a longstanding federal investigation into corruption at the union. The probe has raised questions about UAW President Gary Jones, who was identified as an unnamed official mentioned in a searing federal complaint this week detailing alleged embezzlement by union leaders.

On Friday, the union’s executive board met but no changes were made to leadership, a union spokesman said.

The spreading probe raises fresh questions about the union’s options and its leaders’ standing with rank-and-file members. Last month, more than 96% of GM’s hourly workers voted to authorize a strike if necessary, meaning if no deal is reached Jones could call for a walkout without further approval.

But the recent strike authorization vote was held before the dramatic events of the last few weeks, which included a late August FBI raid on Jones’ home and other locations as part of the corruption probe.

Sources briefed on the matter this week said GM may seek a temporary extension of the contract and pursue other options including seeking assistance from a third party.

Reporting by Nick Carey and Ben Klayman in Detroit; Editing by Daniel Wallis and Leslie Adler