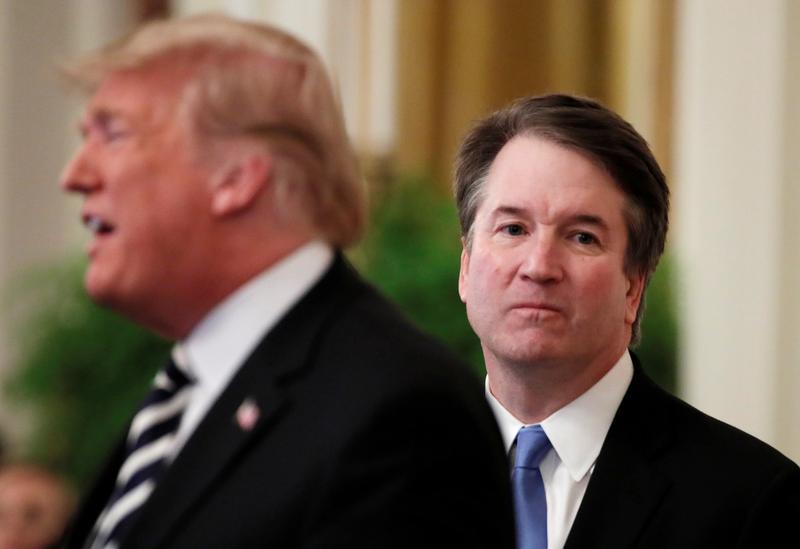 The Times essay, drawn from an upcoming book written by the newspaper’s reporters, discussed a previously unreported account of Kavanaugh’s behavior as a freshman at Yale University that echoed allegations against him by former classmate Deborah Ramirez.

The new account from former classmate Max Stier describes Kavanaugh pushing his private parts into the hand of a female student at a party, according to the Times piece. The report said the classmate notified U.S. senators and the FBI about the incident, but the FBI did not investigate. The FBI did not respond to a request for comment on the report.

“Brett Kavanaugh should start suing people for libel, or the Justice Department should come to his rescue,” Trump wrote on Twitter.

It was unclear what action the Republican president was advocating the Justice Department take.

Kavanaugh did not comment to the Times on Stier’s allegation. The Supreme Court press officers did not immediately return a request for comment.

Kavanaugh, a conservative appointed by Trump, was confirmed by the U.S. Senate in October after he denied accusations of sexual assault from three women. After acrimonious hearings, the Senate confirmed his appointment to the high court by 50-48 vote, one of the tightest margins ever for a justice.

Trump did not mention the Times article but blamed “radical left Democrats” and the “LameStream Media” for going after Kavanaugh. In a series of Twitter posts, he accused Democrats of threatening impeachment to influence Kavanaugh’s opinions on court cases.

“They want to scare him into turning Liberal!” he wrote.

Three Democrats running to replace Trump in 2020 called for Kavanaugh’s impeachment on Sunday.

“I sat through those hearings. Brett Kavanaugh lied to the U.S. Senate and most importantly to the American people,” Senator Kamala Harris wrote on Twitter. “He must be impeached.”

“Confirmation is not exoneration, and these newest revelations are disturbing. Like the man who appointed him, Kavanaugh should be impeached,” Senator Elizabeth Warren said in another Twitter post.

“What’s become clear is that he should be impeached,” Castro told MSNBC. “Based on this new information, that’s certainly what it appears like – that he lied under oath.”