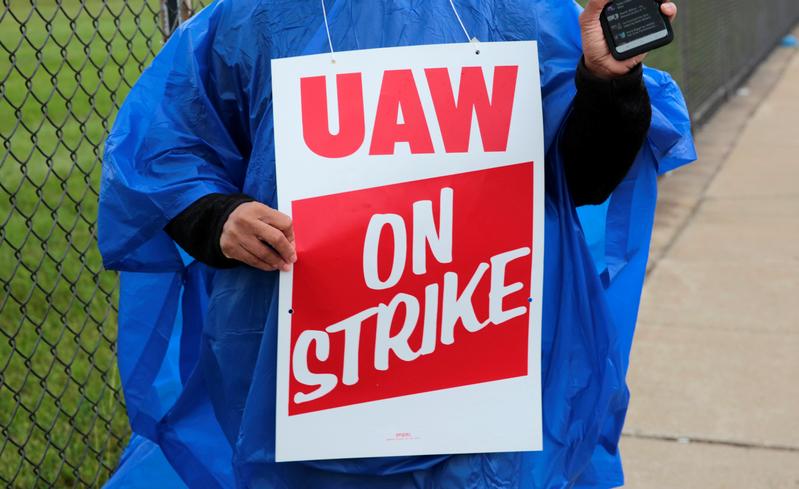 DETROIT (Reuters) – The United Auto Workers (UAW) said on Sunday that its roughly 48,000 hourly workers at General Motors Co facilities would go on strike as of midnight Sunday after U.S. labor contract talks reached an impasse, the first nationwide strike at GM in 12 years.

“We do not take this lightly,” Terry Dittes, the UAW vice president in charge of the union’s relationship with GM, said at a press conference in downtown Detroit. “This is our last resort.”

GM said in a statement that its offer to the UAW during talks included more than $7 billion in investments, 5,400 jobs – a majority of which would be new jobs – pay increases, improved benefits and a contract ratification bonus of $8,000.

“We have negotiated in good faith and with a sense of urgency,” the automaker said.

The union has been fighting to stop GM from closing auto assembly plants in Ohio and Michigan and arguing workers deserve higher pay after years of record profits for GM in North America.

GM argues the plant shutdowns are necessary responses to market shifts, and that UAW wages and benefits are expensive compared with competing non-union auto plants in southern U.S. states. In its statement, the automaker said its offer to the union included solutions for the Michigan and Ohio assembly plants that currently lack products.

Before the union’s previous four-year contract with the No. 1 U.S. automaker expired at 11:59 p.m. local time on Saturday, Dittes said that “significant differences” remained between the two sides over wages, health care benefits, temporary employees, job security and profit sharing.

The union has framed the plant closures as a betrayal of workers who made concessions in 2009 to help the automaker through its government-led bankruptcy.

“General Motors needs to understand that we stood up for GM when they needed us,” Ted Krumm, head of the union’s bargaining committee in talks with GM, said at the press conference Sunday. These are profitable times… and we deserve a fair contract. We helped make this company what it is.”

The strike will test both the union and GM Chief Executive Mary Barra at a time when the U.S. auto industry is facing slowing sales and rising costs for launching electric vehicles and curbing emissions.

Kristin Dziczek, vice president of industry, labor and economics at the Ann Arbor, Michigan-based Center for Automotive Research (CAR), said the strike at GM’s U.S. facilities will also shut its plants in Canada and Mexico because the automaker’s supply chain is so integrated.

“That’s going to have a big effect on the economy,” she said.

GM starts off the strike with healthy levels of inventory of some its key, high-margin vehicles.

If the strike is short, hourly workers should not suffer much. But strike pay provided by the UAW, which has been building up reserves in preparation for possible industrial action, is just $250 per week.

This is far below their normal wages and means that the longer the strike goes on, the harder it will be for GM’s workers to pay their bills.

“The pain is deep on both sides,” CAR’s Dziczek said. “(GM) will start to see costs immediately, but the costs (will) become prohibitive and drive them back to the table after a couple of weeks.”

Earlier on Sunday, the UAW said maintenance workers employed by GM contractor Aramark would strike at five GM plants in Michigan and Ohio.

The automaker has 12 vehicle assembly plants, 12 engine and power train facilities and a handful of stamping plants and other facilities around the United States.

The UAW said the Aramark workers have been in negotiations since March 2018, and the company and union are at odds over pay and benefits.

UAW spokesman Brian Rothenberg did not say whether talks have resumed.

On Friday, the UAW announced temporary contract extensions with Ford Motor Co and Fiat Chrysler Automobiles NV (FCA) while it focused its attention on GM. The union had targeted GM as the first automaker with which it wanted to conclude contract talks.

This year’s talks had been expected to be contentious but have been complicated by recent developments in a longstanding federal investigation into corruption at the union.

Reporting by Nick Carey and Ben Klayman in Detroit; Editing by Daniel Wallis and Lisa Shumaker