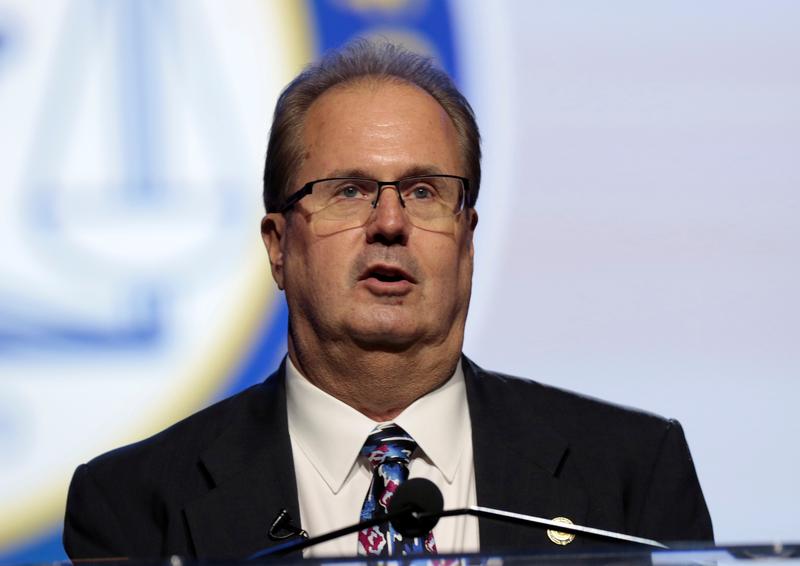 DETROIT (Reuters) – Overshadowed by a mushrooming U.S. federal corruption probe into top union officials that has created uncertainty for collective bargaining talks, the contract between the United Auto Workers (UAW) and General Motors Co (GM.N) will expire at midnight on Saturday.

This year’s talks between the union and GM, Ford Motor Co (F.N) and Fiat Chrysler Automobiles NV (FCA) (FCHA.MI) (FCAU.N) were always going to be tough, with thorny issues such as healthcare costs and profit-sharing on the table at a time when sales of U.S. new vehicles are declining.

Normally when the four-year contracts with Detroit’s automakers expire, the question is will contract talks be extended or will union workers go out on strike?

This time things are more complicated.

Over the last two weeks, the longstanding federal investigation into corruption at the union has raised questions about UAW president Gary Jones, who a source said was an unnamed official mentioned in a searing federal complaint this week detailing alleged embezzlement by union leaders.

The union had targeted GM as the first automaker with which it wanted to conclude contract talks.

The spreading probe raises fresh questions about the union’s options and its leaders’ standing with rank-and-file members. Last month, more than 96% of GM’s hourly workers voted to authorize a strike if necessary, meaning if no deal is reached Jones could call for a walkout without further approval.

But the recent strike authorization vote was held before the dramatic events of the last few weeks, which included a late August FBI raid on Jones’s home and other locations as part of the corruption probe.

Sources briefed on the matter this week said GM may seek a temporary extension of the contract and pursue other options including seeking assistance from a third party. While the UAW has not granted that to GM, it has extended the deadline indefinitely with Ford and FCA.

It was not clear if the talks will continue with the current UAW president under investigation, the sources said.

Elected in 2018, Jones was chosen as an outsider with a clean slate because he ran the union’s Region 5 – which includes 17 western and southwestern U.S. states far from the epicenter of scandal in Detroit.

But the federal complaint this week against Vance Pearson, Jones’ former second in command and successor as head of Region 5, listed lavish parties and spending by union leaders in that region, including “UAW Official A.”

Sources have confirmed that Jones is Official A. According to the complaint, agents seized $30,000 in cash from Official A’s residence.

Reporting by Nick Carey and Ben Klayman in Detroit; Editing by Daniel Wallis