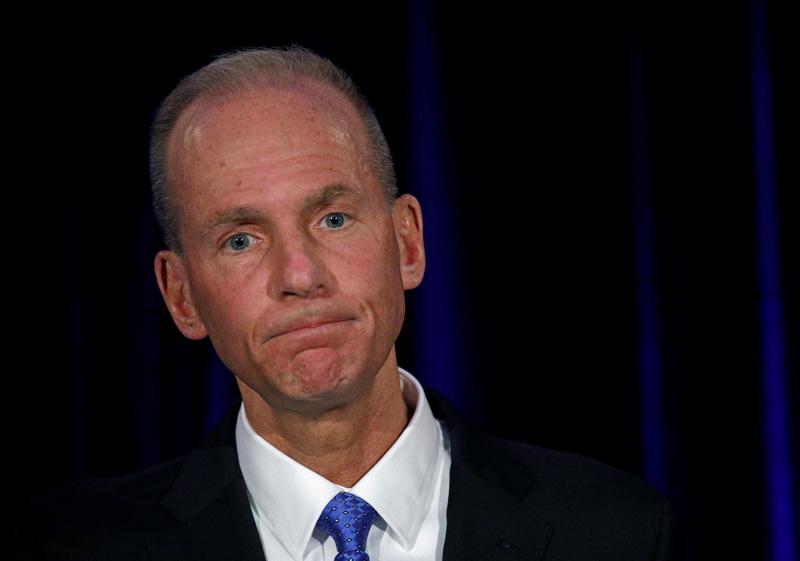 WASHINGTON (Reuters) – Congress on Thursday asked Boeing Co’s chief executive to make several employees available for interviews as part of a congressional probe into the design, development and certification of 737 MAX aircraft involved in two crashes that killed 346 people.

House of Representatives Transportation Committee Chairman Peter DeFazio and Representative Rick Larsen, who chairs the aviation subcommittee, said in a statement that while Boeing has provided substantial documents and shared senior management’s perspective, “it’s important to the committee’s investigation to hear from relevant Boeing employees.”

The committee plans another Boeing hearing in the coming weeks and previously asked whistleblowers to come forward with any information about the plane’s development. Boeing has provided more than 300,000 pages of documents, a person briefed on the matter said, speaking on condition of anonymity.

Boeing said in a statement it was “deeply disappointed the committee chose to release private correspondence given our extensive cooperation to date. We will continue to be transparent and responsive to the committee.”

The 737 MAX, Boeing’s best-selling jet, was grounded globally in March, days after the crash of an Ethiopian Airlines flight that followed a similar Lion Air disaster in Indonesia in October. A total of 346 people died in the two crashes.

Federal prosecutors aided by the FBI, the Department of Transportation’s inspector general and several blue-ribbon panels are investigating the 737 MAX as well as how the Federal Aviation Administration (FAA) certifies new aircraft.

CEO Dennis Muilenburg said at an investor conference on Wednesday that the company is still targeting “early fourth quarter for getting the airplane back up in the air” but added that “ultimately return-to-service timing will be determined by the regulator.”

The FAA has repeatedly said it will not certify the plane to fly again until it is safe to do so.

The European Union Aviation Safety Agency said on Tuesday it “intends to conduct its own test flights separate from, but in full coordination with, the FAA. The test flights are not scheduled yet, the date will depend on the development schedule of Boeing.”

Muilenburg said it is possible not all regulators around the world will concurrently approve the MAX to fly again. Boeing has said it plans to conduct a certification test flight in the “September time frame” but Muilenburg did not give a specific date when asked on Wednesday.

Some officials do not expect the 737 MAX to actually resume flights until early 2020.

The Wall Street Journal reported on Sept. 1 that a Boeing briefing in August was cut short by U.S., European and other regulators who complained the company failed to answer specific questions about modifications in the operation of MAX flight-control computers.

A U.S. official, speaking on condition of anonymity, confirmed frustration with the lack of some answers from Boeing.