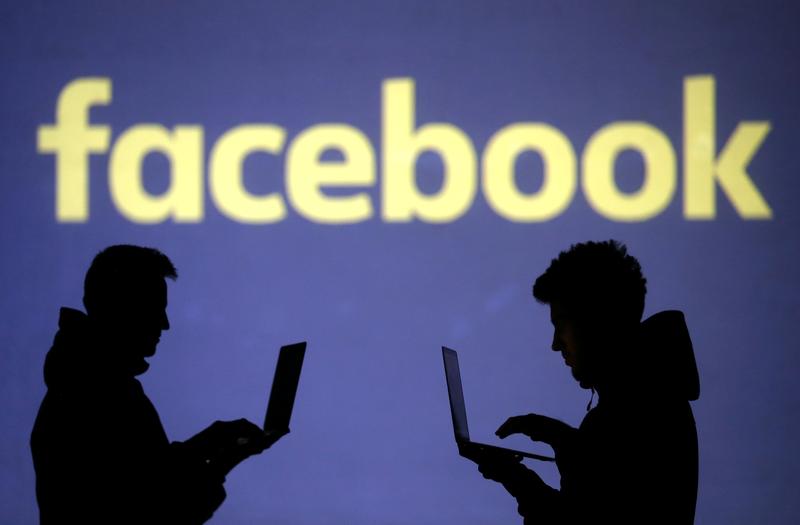 (Reuters) – One of Facebook’s third-party fact-checkers accused Britain’s governing Conservative Party on Friday of misrepresenting a BBC News article in its ads on the social media platform.

FILE PHOTO: Silhouettes of laptop users are seen next to a screen projection of Facebook logo in this picture illustration taken March 28, 2018. REUTERS/Dado Ruvic/Illustration

The actual BBC story is headlined “School spending: Multi-billion pound cash boost announced,” and instead puts the number at £7.1 billion, criticising the government’s use of £14 billion pound figure as not the usual way of calculating spending.

Full Fact, which is part of the third-party fact-checking program created by Facebook to fight misinformation on the platform, said it had been scrutinizing online advertising ahead of a possible snap election in the country.

“It is wrong for the work of independent journalists to be altered in this way and misleading for readers,” said Will Moy, chief executive of Full Fact.

The charity said it had raised its concerns with Facebook. A Facebook spokesman said the company was looking into the ads in question.

The Conservative Party and the BBC did not immediately reply to requests for comment, but the article’s author, BBC journalist Sean Coughlan, pointed out on Twitter that “the only reference to the £14bn figure in the story is from the head of stats saying it’s not a correct figure to use.”

The story included analysis from Robert Cuffe, the BBC’s head of statistics, who said that the government was not calculating the spending increase in the normal way.

“Describing this as a £14bn increase would make the government seem more generous than it is in fact being,” Cuffe wrote in the analysis.

Full Fact said that the BBC told the fact-checkers that it had never changed the headline of the article. Facebook confirmed that links can be altered when sharing certain content on the platform.

“We have a system that gives publishers control over how their links appear on Facebook,” a Facebook spokesman said. “We started with organic content and plan to expand it to ads by the end of the year.”

The fact-checkers said that versions of the Facebook ad using the altered headline have been viewed between 220,000 and 510,000 times since Sept. 2. The ads were showing as “inactive” in Facebook’s public ad library at the time of writing.