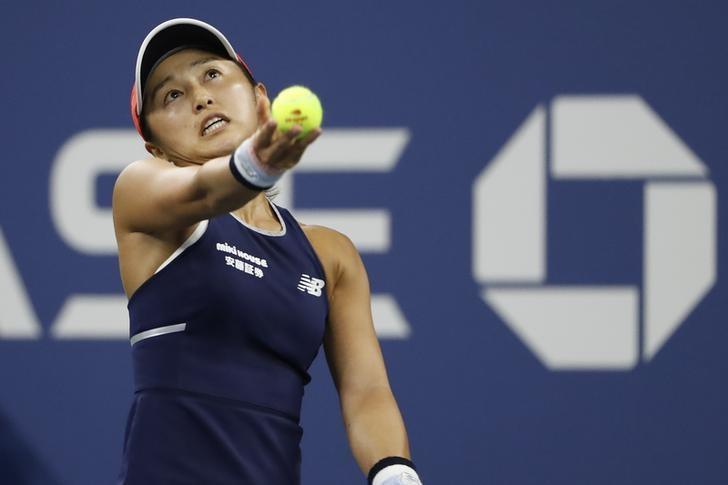 It will be the first all-Japanese WTA Tour final in 22 years after Naoko Sawamatsu beat Yuka Yoshida in Jakarta in 1997.

Doi and Hibino are also in Sunday’s doubles final where they face Russian Valeria Savinykh and American Christina McHale.

Although Kudermetova fired down nine aces, Doi kept up with the powerful Russian, who is ranked 59 places higher at world number 48, and broke three times in the 82-minute contest.

Doi broke early in the second set to take a 3-0 lead and although Kudermetova broke back to make it 3-2, the Japanese reclaimed a break advantage before serving out for the match.

In the day’s earlier semi-final, Hibino recovered from a set down to beat Romanian Mihaela Buzarnescu 4-6 6-0 6-3.

Hibino, ranked 146 in the world, was broken twice in the opening set to hand Buzarnescu the advantage but stormed back in the second with nine winners.

Buzarnescu struggled on serve and faced 14 break points, with the 24-year-old Hibino converting six to move into the final after two hours and 10 minutes.

Doi and Hibino have beaten each other twice in their careers and both are seeking their second career WTA singles title.

Reporting by Rohith Nair in Bengaluru; Editing by Ken Ferris