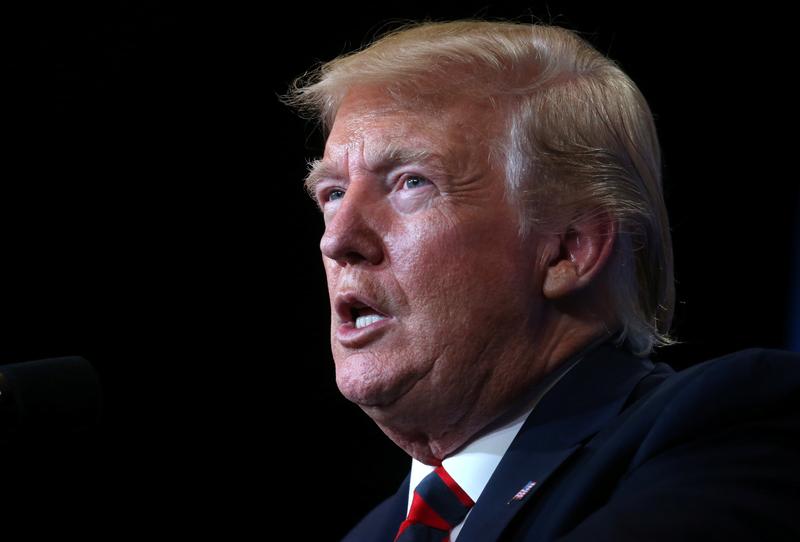 In a 2-1 ruling, a three-judge panel of the New York-based 2nd U.S. Circuit Court of Appeals set aside a lower court ruling that had thrown out the case because the people who sued could not prove they were harmed by Trump’s actions and his role as president.

Friday’s ruling dealt with preliminary questions relating to whether the case should be heard, without directly addressing whether Trump violated the law.

The lawsuit, initially filed by plaintiffs including the watchdog group Citizens for Responsibility and Ethics in Washington, accused the Republican president of failing to disentangle himself from his hotels and other businesses, making him vulnerable to inducements by officials seeking to curry favor.

The case alleged violations of the U.S. Constitution’s anti-corruption “emoluments” provisions, which ban the president from accepting gifts or payments from foreign governments without congressional consent.

Deepak Gupta, a lawyer for the plaintiffs, said the ruling puts them on track to subpoena financial records from Trump’s business through the so-called “discovery” process.

The Justice Department, which is defending Trump in the case, could appeal the decision.

“If President Trump would like to avoid the case going further and curtail the serious harms caused by his unconstitutional conduct, now would be a good time to divest from his businesses and end his violations of the Emoluments Clauses of the Constitution,” said CREW executive director Noah Bookbinder in a statement.

Trump, a wealthy real estate developer who as president regularly visits his own hotels, resorts and golf clubs, maintains ownership of his businesses but has ceded day-to-day control to his sons. Critics have said that is not a sufficient safeguard.

Friday’s ruling comes in a lawsuit filed days after Trump took office in January 2017. The plaintiffs included a New York hotel owner, an events booker in Washington and a restaurant trade group that allege lost patronage, wages and commissions from clients who now prefer Trump’s businesses over theirs because of the ability to gain the president’s favor.

The plaintiffs cite examples of foreign government entities, including the Embassy of Kuwait and a delegation from Malaysia, choosing Trump’s properties, such as the Trump International Hotel in Washington, over other venues.

The Justice Department had urged the appeals court to bury what it called a “manufactured lawsuit” because the plaintiffs cannot show that the harms they incurred can be traced to Trump’s financial interest in his businesses rather than other reasons.

Trump also faces a similar case brought by a group of more than 200 Democratic Party lawmakers.

A third “emoluments” case, brought by the Democratic attorneys general of Maryland and the District of Columbia, was tossed by an appeals court in July.