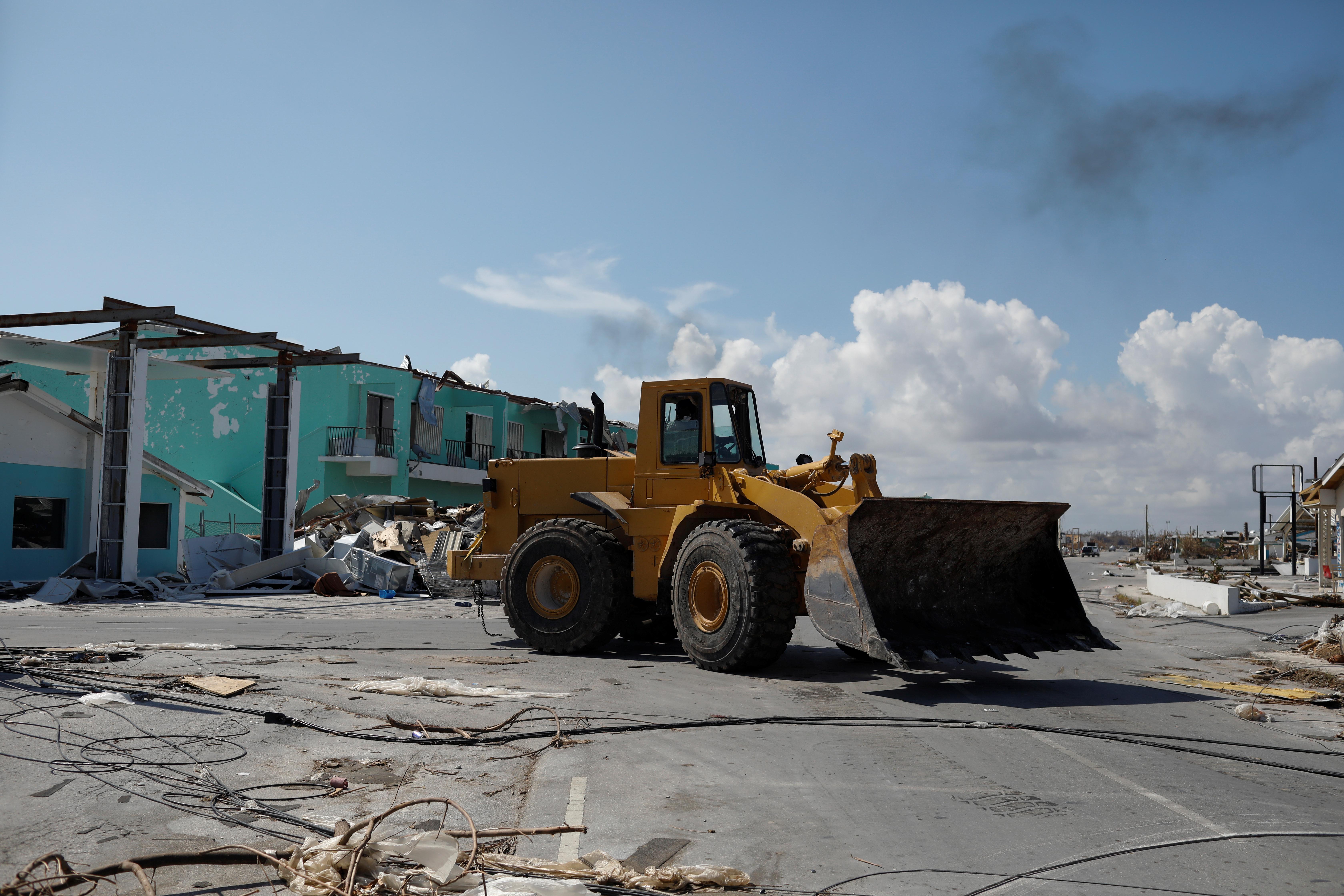 NASSAU (Reuters) – A tropical cyclone was forecast to move across the northwestern Bahamas in the coming days, potentially bringing more rain and wind to islands already reeling from Hurricane Dorian, the U.S. National Hurricane Center warned on Thursday.

Hurricane Dorian slammed into the Bahamas on Sept. 1 as a Category 5 storm on the five-step Saffir-Simpson scale of intensity, one of the strongest Atlantic hurricanes on record to make a direct hit on land and packing top sustained winds of 185 miles per hour (298 km per hour).

The tropical cyclone was not expected to bring anywhere near that level of devastation but was capable of maximum sustained winds of 30 miles per hour and 2 to 4 inches of rain through Sunday, according to the hurricane center.

The storm could track toward the east coast of Florida north of West Palm Beach next week, the agency said.

Bahamian Prime Minister Hubert Minnis said in a televised speech to the nation on Wednesday that the government has confirmed 50 fatalities in the aftermath of Dorian, but expects the death toll to rise significantly during search and recovery efforts.

Earlier on Thursday, the Bahamian government reduced to 1,300 the number of people it believes are still missing, a sharp decline from the 2,500 listed the day before.

“The number of people registered missing with the Bahamas government is going down daily,” Carl Smith, a spokesman for the Bahamas’ National Emergency Management Agency, told a news briefing, saying the count fell after the government cross-referenced lists of people evacuated from hard-hit islands with its registry of missing.

But former Prime Minister Hubert Ingraham said he believed “hundreds” of people were dead on Abaco “and significant numbers in Grand Bahama,” the other island severely damaged by the storm, the local Nassau Guardian newspaper reported on Thursday, citing an interview with Ingraham after he toured that island.

Waterborne and insect-borne diseases, including malaria and dengue fever, are fresh threats for those who remain or return to the island, the Pan American Health Organization said in a report.

Officials have already put up large tents in Nassau to house those made homeless by Dorian, the worst hurricane in the country’s history, and plan to erect tent cities on Abaco capable of sheltering up to 4,000 people.

Some 15,000 people are still in need of shelter or food, according to the Caribbean Disaster Emergency Management Agency.

Private forecasters estimated that Dorian destroyed or damaged some $3 billion in insured property in the Bahamas or in the Caribbean.