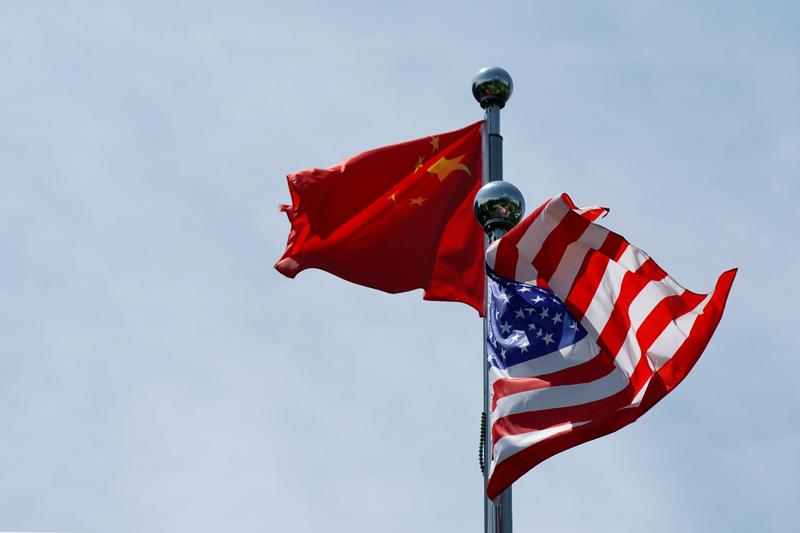 WASHINGTON (Reuters) – Democratic presidential hopefuls criticized President Donald Trump’s trade war with China but gave no hint they would work toward a quick resolution if elected, pledging during their debate on Thursday to hold Beijing accountable for “corrupt” practices.

None of the top nine Democrats asked about the issue in the debate in Houston said they would move quickly to repeal the wide-ranging tariffs Trump has put in place on Chinese imports, even as they accused the Republican president of “bankrupting” the U.S. economy with damaging tariffs on farmers and businesses.

Instead, the candidates seeking their party’s nomination to take on Trump in the November 2020 election, said they would continue negotiations and make further demands on China, including its handling of protests in Hong Kong, its use of intellectual property, and labor standards.

He added his own strategy “would include the tariffs as leverage,” without offering specifics.

In a Democratic race that has been dominated by discussions of domestic issues like healthcare, guns and immigration, the party’s third debate featured the most lengthy discussion yet about foreign policy issues like China, troop levels in Afghanistan and relations with Venezuela.

“He has put us in the middle of this trade war and he is treating our farmers and our workers like poker chips in one of his bankrupt casinos,” U.S. Senator Amy Klobuchar of Minnesota said.

Trump has made negotiating a deal with China a key goal of his administration after vowing on the campaign trail in 2016 to take on the country. After an escalating exchange of tariffs, Trump said on Thursday that he hoped to reach a comprehensive deal with the world’s second-largest economy.

“Is it just me, or was that supposed to happen in, like, April? It’s one more example of a commitment not made,” former U.S. Housing Secretary Julian Castro said.

Entrepreneur Andrew Yang said he would not lift the tariffs immediately if elected president.

“But I would let the Chinese know that we need to hammer out a deal, because right now, the tariffs are pummeling producers and farmers in Iowa who have absolutely nothing to do with

the imbalances that we have with China.”

Democrats have struggled to find a message about what they would do differently from Trump on the trade front, restrained by the party’s history of supporting protectionist policies compounded by a shift among liberal voters in favor of free trade.

U.S. Senator Elizabeth Warren of Massachusetts, whose trade agenda appears to be as protectionist as that of Trump, echoed the call for stricter negotiating standards, saying her trade negotiations would have labor unions, small farmers, environmentalists and human rights activists at the table.

Even Democratic front-runner Joe Biden, who has attempted to navigate a fine line between going tough on China and supporting global trade, agreed with Warren on Thursday.

“Senator Warren is correct. At the table has to be

labor and at the table have to be environmentalists,” the former vice president said.

After news of failed negotiations with the Taliban over a peace deal earlier this week, the Democratic candidates also criticized Trump’s handling of Afghanistan and called for the withdrawal of U.S. troops.

A draft accord agreed last week would have seen about 5,000 American troops withdrawn over coming months in exchange for guarantees that Afghanistan would not be used as a base for militant attacks on the United States or its allies.

Bringing U.S. troops home from Afghanistan has been one of Trump’s main foreign policy objectives, and the Republican president said this month his administration was still thinking about a drawdown of the 14,000 U.S. soldiers in the country.

Biden – who spent years on the Senate Foreign Relations Committee and voted to authorize the war in Afghanistan – said the current conditions in the country would not allow for peace.

“We don’t need those troops there,” Biden said. “I would bring them home.”

The candidates also briefly touched on Venezuela, where Trump has backed unsuccessful efforts to oust socialist Venezuelan President Nicolas Maduro through a U.S.-led campaign of sanctions and diplomacy.

Trump frequently calls his Democratic opponents socialists and equates them with leaders like Maduro, warning voters that electing one of rivals will make the nation like Venezuela.

Sanders defended his self-described position as a “democratic socialist,” saying it is was not like the socialism of Venezuela. When asked why he would not call Maduro a dictator, Sanders instead called him a “violent tyrant.”

“In terms of democratic socialism, to equate what goes on in Venezuela with what I believe is extremely unfair,” Sanders said, adding his political philosophy was more in line with that of Canada and Scandinavian countries.