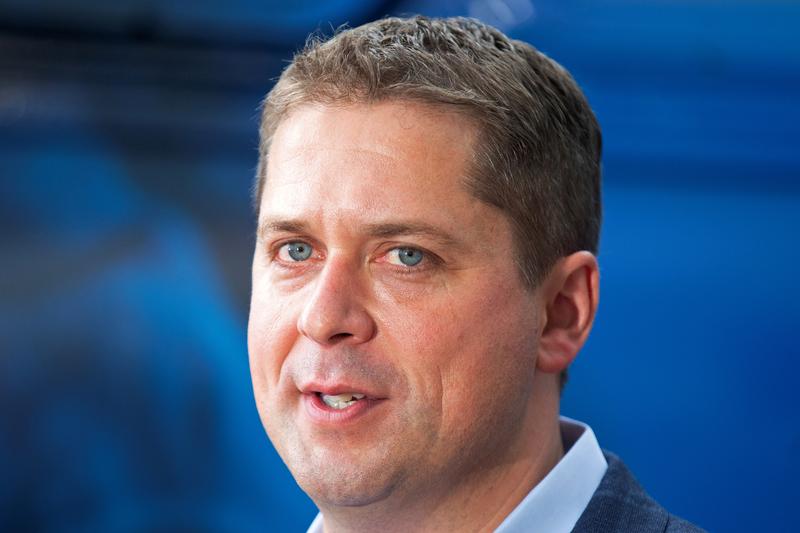 OTTAWA (Reuters) – Canada’s Conservative Party leader Andrew Scheer used the first official debate ahead of next month’s election to attack Prime Minister Justin Trudeau, who was not present, but struggled to shine against his two other opponents.

It was the first opportunity for Scheer, who won party leadership in 2017, to demonstrate he had what it takes to lead the country as he faced off against veteran Green Party leader, Elizabeth May, and left-wing New Democrat leader Jagmeet Singh, both of whom were more combative than Scheer.

“I think we can all agree. Justin Trudeau is afraid of his record and that’s why he’s not here tonight,” Scheer said in the debate hosted by Citytv and Macleans news magazine in Toronto.

The debate organizers set up an empty podium to underscore that Trudeau had declined an invitation. As the event began, the Liberal Party leader was instead speaking at a rally in western Canada.

The formal campaign for the Oct. 21 vote kicked off on Wednesday and Trudeau has agreed to participate in three of the five leaders’ debates.

Scheer and Trudeau are in a dead heat according to national polls, but Liberals have an edge in more individual ridings or districts.

The New Democrats are in a distant third with the environmentalist Greens nipping at their heels, polls show. Both could play kingmakers after the election if no one wins an outright majority.

During the debate, Scheer focused criticism on Trudeau while Singh, who was also participating in his first-ever national debate, attacked the Conservatives’ record on indigenous issues and its opposition to broadening national healthcare coverage to medicines.

Singh, who is Sikh and wears a turban, also said he would challenge Quebec’s ban on public employees wearing religious symbols, while Scheer steered away from such a move. French-speaking Quebec is a key battleground province for all the parties, and the ban is popular there.

Scheer’s second day of the official campaign got off to a rocky start when he was forced to repeat a pledge not to dial back abortion rights after a Liberal cabinet minister tweeted a video of a Conservative candidate saying she was shocked at the lack of limits on abortion.

“We have always made it very clear… that a Conservative government will not reopen this issue,” Scheer said, accusing his opponents of fear-mongering in a bid to deflect attention from “their scandals and corruption”.

Trudeau was at a rally in Edmonton, Alberta, where he talked up his economic record and the low unemployment rate to a packed room of Liberal supporters who shouted “Four more years!” and waved signs that read “Hope and Hard Work”.

But Trudeau’s second day also had its challenges. The Liberals were forced to abandon their “Trudeau” branded campaign plane for a generic one after the bus carrying reporters following the campaign scraped the left wing of the Boeing 737.