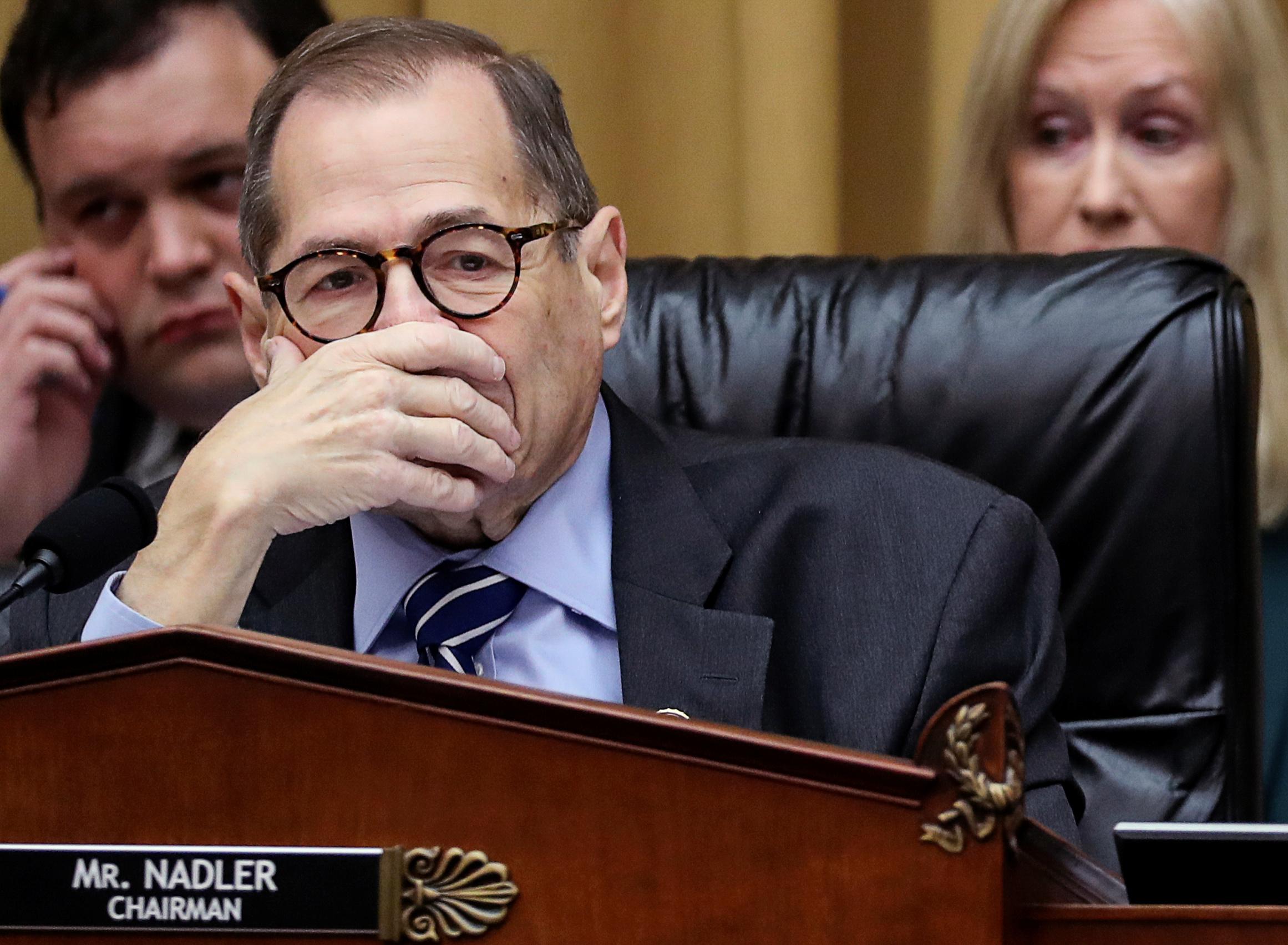 WASHINGTON (Reuters) – The Democratic-led U.S. House of Representatives Judiciary Committee voted to intensify its investigation of Republican President Donald Trump on Thursday, as lawmakers edged closer to deciding whether to recommend his impeachment.

The 41-member panel adopted a resolution allowing it to designate hearings as impeachment proceedings, subject witnesses to more aggressive questioning and quicken the pace of an investigation that is expanding into areas that could prove politically explosive for both Trump and Congress.

“With these new procedures, we will begin next week an aggressive series of hearings investigating allegations of corruption, obstruction and abuse of power against the president,” House Judiciary Committee Chairman Jerrold Nadler told reporters after the 24-17 vote.

A more aggressive probe could also increase pressure on House Democratic leaders including Speaker Nancy Pelosi, who has resisted impeachment as a politically risky step for moderate Democratic freshmen from swing districts where ousting Trump is an unpopular idea.

Republicans rejected the notion that the panel was pursuing an impeachment inquiry and dismissed the resolution as a “fantasy” intended to distract from Democrats’ unwillingness to have the full House authorize a formal impeachment inquiry, as occurred during the Watergate era and the impeachment of former President Bill Clinton.

Republicans said Democrats lacked the votes to obtain formal House authorization and denounced Thursday’s action as a show intended to pander to Democratic voters who want Trump removed from office.

Representative Doug Collins, the panel’s top Republican, said the resolution simply reiterates powers that the committee has had all along.

“These rules are not new,” he said. “This is to make you believe something is happening, more than what’s actually happening.”

Nadler said that during the Watergate era, the House Judiciary Committee was already considering impeachment charges against then-President Richard Nixon and conducting a related probe when the House voted to authorize a formal inquiry.

Committee Democrats plan to use the new tactics that allow an hour of questioning by committee lawyers of Corey Lewandowski, a close Trump confidant and one of his campaign managers in 2016. Lewandowski is due to appear before the panel next Tuesday for what may be a contentious hearing.

Democrats expect his testimony to help lay out a charge of obstruction of justice. But they are also pursuing allegations of campaign finance violations, witness tampering and unlawful self-enrichment through his business ventures.

Democrats aim to decide by the end of the year whether to recommend articles of impeachment against Trump to the full House. If approved by the chamber, the Republican-controlled Senate would be left to hold a trial and consider the president’s ouster.

A Reuters head count shows that 135 House Democrats back an impeachment inquiry. While that is a majority of the caucus, the number is well short of the 218 votes needed to pass a resolution.

Only two American presidents have been impeached by the House: Andrew Johnson in 1868 and Clinton in 1999. Neither was convicted by the Senate.

Nixon resigned in 1974 after the House Judiciary Committee approved articles of impeachment against him, but before the full House voted on the matter.