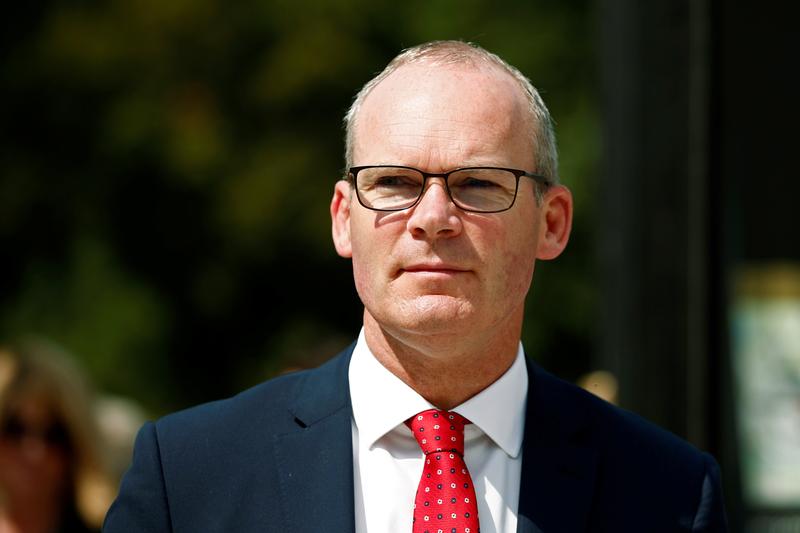 GARYVOE, Ireland/BRUSSELS (Reuters) – The European Union has pressed Britain to give Northern Ireland special status within the bloc’s trading orbit to unlock a Brexit deal, with Dublin promising a positive response should London shift its position.

The so-called backstop mechanism to uphold the seamless Irish border after Brexit has proven a key obstacle to agreeing an EU-UK divorce deal, which stalled after British lawmakers rejected it.

With Prime Minister Boris Johnson vowing to take Britain out of the EU on Oct. 31 – deal or no deal – the bloc has focused in recent days on a Northern Ireland-only backstop as the best chance of getting a deal before the deadline lapses.

“We want an agreement but we are aware that an agreement without a backstop wouldn’t work,” the new head of the European Parliament, David Sassoli, told a news conference in Brussels.

“We are willing to go back to the original EU proposal which is that a backstop will only be added for Northern Ireland.”

The EU saw a possible opening in Johnson’s comments signalling that he was willing to preserve an all-Ireland economy for checks on animals and food products, a single electricity market and travel zone.

Johnson’s spokesman has since said London was not seeking a Northern Ireland-only backstop.

Asked if that meant the option was dead, Irish Foreign Minister Simon Coveney said nothing had been taken off the table.

“We will respond positively if there are suggestions and new approaches that are based on realism in terms of what will actually work,” Coveney said. “Let’s wait and see what the British government brings forward.”

Speaking a day after Britain’s Brexit negotiator David Frost held a third round of EU talks in two weeks, both Coveney and Sassoli said the UK had so far presented no feasible, legally sound and detailed plan to replace the backstop.

The EU’s twin ambition is to preserve the open Irish border, the only land frontier between the EU and the UK after Brexit, and ensure that it does not open the bloc’s single market to illicit products sold at dumping prices.

All sides fear reinstating controls on the Irish border could threaten the fragile peace since 1998 after decades of sectarian strife.

But Johnson and many others in the United Kingdom oppose the backstop, fearing it would trap the country in a permanent customs union with the EU.

The narrower option is anathema to the Northern Irish unionist DUP party that backs Johnson’s minority government and fears it would split their region from the rest of the country.

A UK government spokesman said after the latest EU-UK talks, that are due to continue on Friday: “For a deal to be done, the anti-democratic backstop must be removed.

“The UK presented ideas in the areas of customs and manufactured goods and we had further exchanges on the political declaration.”

London’s ideas for “alternative arrangements” to the backstop include streamlined customs arrangements and thoughts on how to manage varying regulations on industrial goods. But the bloc is unconvinced that these solutions would work.

Speaking at an annual meeting of Ireland’s ruling Fine Gael party, Coveney said, to date, the British government had offered “nothing that comes close” to what is needed to secure Irish and EU agreement. But Johnson has shown a “willingness to try and explore new approaches,” Coveney told reporters.

More than three years since Britons voted to leave the EU and with just seven weeks to go, the British government and parliament are locked in conflict over Brexit, with possible outcomes ranging from leaving without a deal to holding another referendum.