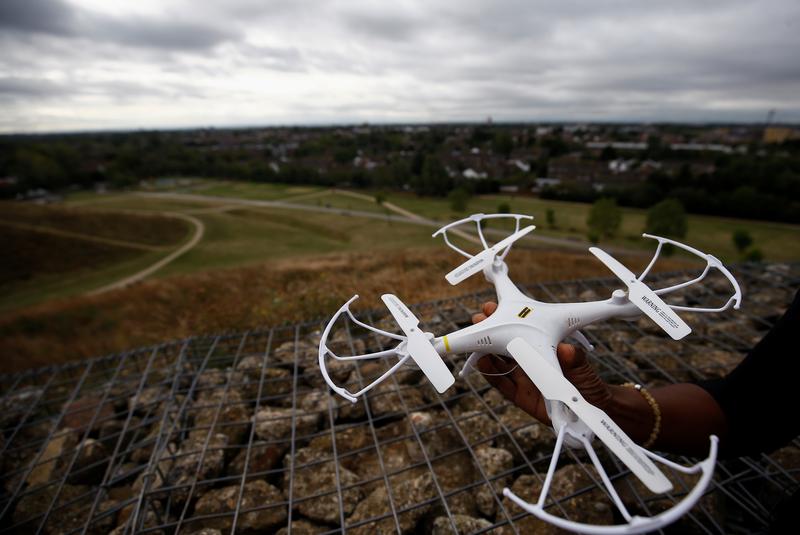 A drone is pictured near Heathrow Airport in London, Britain, September 12, 2019. REUTERS/Henry Nicholls

LONDON (Reuters) – Climate-change activists plan to disrupt Heathrow airport with drones on Friday morning, despite the arrest of five of their members in a pre-emptive strike by London police.

The Heathrow Pause group aims to ground flights by illegally flying drones within 5 km of an airport, to put pressure on the government to take tougher steps to reduce carbon emissions.

Police arrested three men and two women from the group on Thursday on suspicion of conspiracy to commit a public nuisance in relation to operations at the airport.

But Heathrow Pause said it would go ahead anyway.

“The action will carry on exactly as planned, peacefully and non-violently, regardless of today’s events – we have contingency measures in place,” it said in a statement on Thursday.

Earlier this week, police said they were confident the action would not lead to a repeat of the chaos seen at Gatwick last December, when drone sightings grounded planes in the run-up to Christmas.

But they warned that attempted disruption of the airport and flying drones without permission in the exclusion zone were serious crimes.

The activists say they are not looking to endanger life, and aim to conduct the action and alert authorities before the airport opens.

Heathrow has said the demonstration is counter-productive and criminal, adding that despite talks between the two sides, the campaigners disagree with the airport’s belief that aviation can and should be decarbonised.