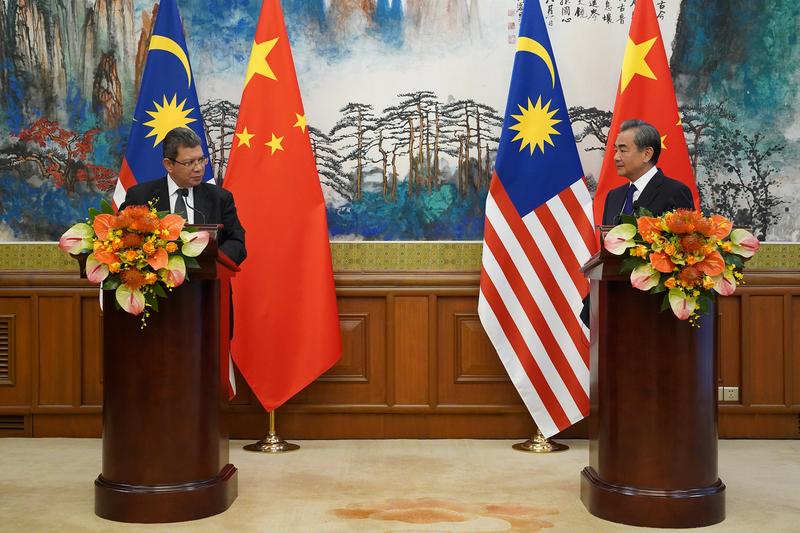 BEIJING (Reuters) – China and Malaysia have agreed to set up a joint dialogue mechanism for the disputed South China Sea, the Chinese government’s top diplomat said on Thursday after meeting Malaysia’s foreign minister.

Recent Chinese naval deployments in the strategic waterway, through which more than $3.4 trillion worth of goods are transported annually, have reignited tension with Vietnam and the Philippines. Malaysia, Brunei and Taiwan also have competing claims in the South China Sea.

Malaysia had been critical of China’s South China Sea position, but has not been excessively outspoken recently, especially after China pumped in billions of dollars into infrastructure projects under its Belt and Road Initiative.

Littoral states and China were committed to continue appropriately handling the South China Sea issue and jointly safeguard peace and stability there, said Wang, who is the Chinese government’s top diplomat.

“To this end, our two sides have agreed to set up a bilateral consultation mechanism for maritime issues, a new platform for dialogue and cooperation for both sides,” he said.

Abdullah, who referred to Wang as “my brother”, said the mechanism would be led by the two countries’ foreign ministries.

“Our officers will be discussing the details, but I think this is one important outcome of the meeting today and also the 45 years of our diplomatic relations,” he said.

China is debt-heavy Malaysia’s biggest trade partner and the countries have close cultural ties too.

In July, China and Malaysia resumed construction on a train project in northern Malaysia, which is part of China’s Belt and Road plan, after a year-long suspension and following a rare agreement to cut its cost by nearly a third, to about $11 billion.