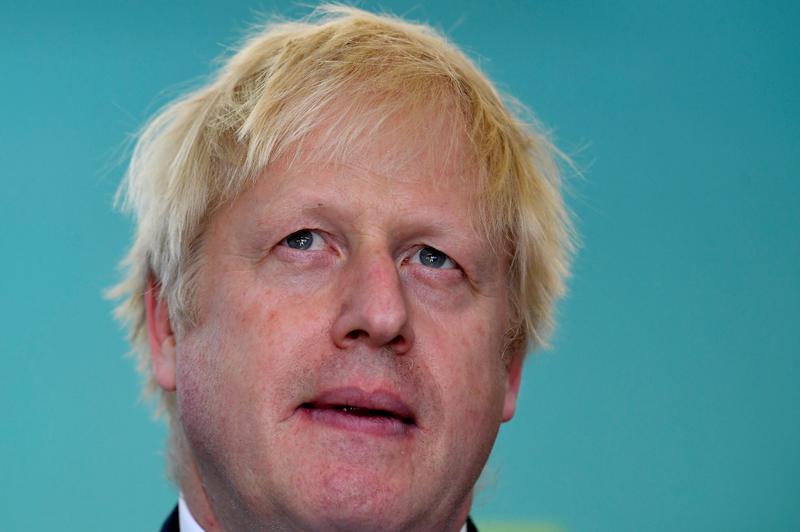 LONDON (Reuters) – Boris Johnson’s decision to suspend parliament for more than a month before Brexit was ruled unlawful by Scotland’s highest court of appeal on Wednesday, one of three legal challenges facing the British prime minister.

Parliament was prorogued, or suspended, on Monday until Oct. 14, a move opponents argued was designed to allow the prime minister to push through a no-deal exit from the European Union on Oct. 31 with little scrutiny.

Johnson had argued he needed to launch a new legislative agenda. But three Scottish judges who heard an appeal last week concluded that the principal reason to prorogue parliament was to prevent it holding the executive to account over Brexit.

Johnson’s office said the government would appeal to the Supreme Court, the highest judicial body in the United Kingdom. It was not clear what effect the ruling would have.

A separate legal challenge, brought by the campaigner Gina Miller, is to be heard by the Supreme Court next Tuesday. Belfast’s High Court will rule on a third challenge on Thursday.

Robert Blackburn, a professor of constitutional law at King’s College university in London, had said the cases were likely to be combined and the Supreme Court could overturn the decision to suspend parliament.

“The Supreme Court could quash and/or declare unlawful” the order, he said.

Around 70 lawmakers from opposition parties backed a bid to have Scotland’s highest civil court rule that Johnson cannot suspend parliament before Britain leaves the EU on Oct. 31.

They launched their challenge before Queen Elizabeth agreed to the government’s request for a suspension.

The Scottish court ruled that Johnson’s decision to suspend parliament was lawful, saying the matter was not one for judges to decide, leading the lawmakers to make their successful appeal.

The case is being led by Scottish National Party lawmaker Joanna Cherry and Jolyon Maugham, a lawyer who successfully won a case filed with the EU’s top court which ruled that Britain could reverse the Brexit process by itself if it so chose before leaving the bloc.

Gina Miller, the campaigner who mounted a successful legal challenge to Prime Minister Theresa May’s government over its authority to leave the EU without a vote in parliament, sought a judicial review of Johnson’s decision to suspend parliament.

London’s High Court rejected that challenge last week but said it could be taken to the Supreme Court for an appeal. In their full ruling published on Wednesday, the judges said the issue was not a matter for the courts.

The appeal has been scheduled for Sept. 17.

“As our politics becomes more chaotic on a daily basis, the more vital it is that parliament is sitting,” Miller said. “We are therefore pleased that the judges have given permission to appeal to the Supreme Court on the grounds that our case has merit.”

Former prime minister John Major has joined the legal case. He has previously accused Johnson of hypocrisy for backing leaving the EU so as to secure more power for parliament, only to propose to sideline lawmakers when it suited him.

A case has been brought by Raymond McCord, a rights activist who also launched a 2016 challenge to block Brexit.

McCord’s legal team is challenging the legality of a British exit from the EU without a withdrawal agreement, arguing in court that a no-deal Brexit would breach the 1998 Good Friday Agreement and could wreck the Northern Ireland peace process.

Belfast’s High Court will rule on the case on Thursday. McCord, one of three people taking the case, has said he is hopeful the judge will refer it to the British Supreme Court.

The activist had also sought a legal challenge to the suspension of parliament but the court decided to hear the wider case against “no deal”.