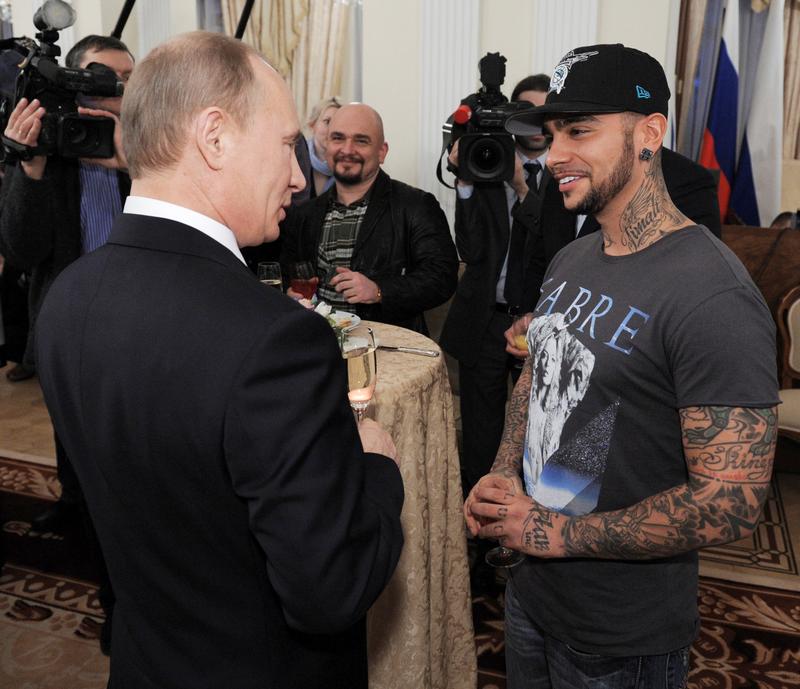 (Paragraphs 5 and 12 contain language that some may find offensive)

MOSCOW (Reuters) – A prominent pro-Kremlin rapper on Tuesday took down a new music video praising Moscow’s mayor and disparaging the opposition after it was panned as one of the most unpopular clips ever to be posted on the Russian segment of YouTube.

The music video entitled ‘Moscow’ was published by rappers Timati and Guf a day before a municipal election in the Russian capital on Sunday that had been preceded by the biggest anti-Kremlin protests in almost a decade.

Tens of thousands took to the streets over the summer to demand free elections after a slew of opposition-minded candidates were barred from contesting seats in the Moscow city legislature.

Moscow Mayor Sergei Sobyanin’s allies in the ruling United Russia party lost a third of their seats in the city election, although they held onto their majority.

The track by Timati, aired on the eve of the vote, contained lyrics such as “I don’t go to protests and talk bullshit” and “I’ll neck a hamburger to the health of (mayor) Sobyanin”.

By late Monday afternoon, the video had been watched by 3.1 million people, more than a million of whom said they had “disliked” the video.

The Kommersant daily newspaper and other Russian publications said that was the largest number of dislikes ever registered for a video posted on the Russian segment of YouTube.

Russians commenting on Timati’s page on the Instagram social network accused the rappers of having been paid by the government to make the clip, an allegation denied by both Timati and Guf.

Timati, one of Russia’s most famous rappers, is known for his support of the Kremlin and in 2015 released a track containing the lyrics “President Putin is my best friend”.

Timati said he had not wanted to offend anyone with the music video and announced in the early hours of Tuesday that he was taking it down.

“I definitely don’t need this shitstorm, so dear friends: I’m deleting this video so as not to prolong this wave of negativity,” Timati wrote on Instagram.

In a separate video post, rapper Guf apologized for the clip, saying he had not even known there was an upcoming election.