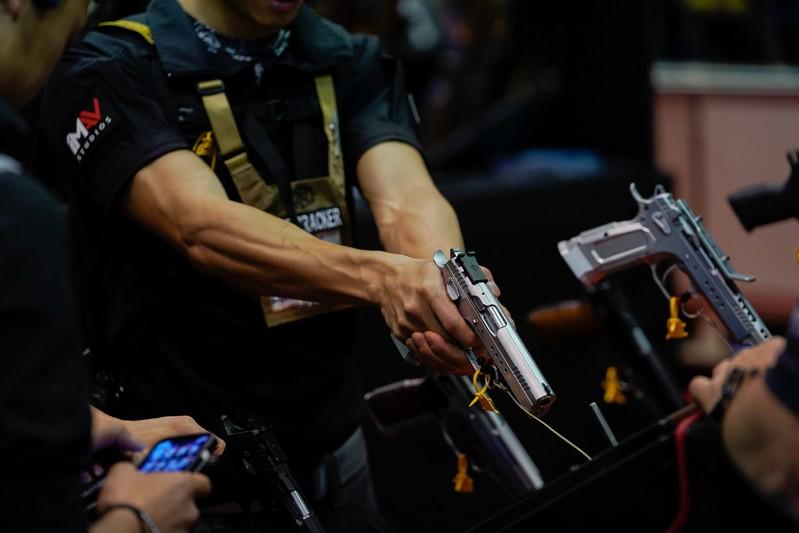 (Reuters) – The National Rifle Association (NRA) sued San Francisco on Monday, saying a declaration by the city’s Board of Supervisors that officials should limit businesses linked to the NRA because it is a “terrorist organization” was effectively a blacklist.

The confrontation follows heightened debate in the United States following a spate of mass shootings, including one last month at an El Paso Walmart in which 22 people were killed and about 24 wounded in the city near the U.S.-Mexico border.

The NRA, a gun club and gun rights lobbying group with deep political influence, alleged in the suit that the city was violating its free speech rights for political reasons.

“This lawsuit comes with a message to those who attack the NRA: We will never stop fighting for our law-abiding members and their constitutional freedoms,” Wayne LaPierre, the group’s chief executive officer, said in a statement.

The resolution declares: “The National Rifle Association is a domestic terrorist organization’ whose advocacy is a direct cause of arming “individuals who would and have committed acts of terrorism”.

Supervisor Catherine Stefani of the San Francisco board was confident the measure to limit city and county officials working with companies doing business with the NRA would stand up in court, according to the New York Times.

“It’s a resolution, it’s not an ordinance, it’s non-binding,” she told the newspaper.

It requires government officials to “assess the financial and contractual relationships with our vendors and contractors have with [the NRA],” and to “take every reasonable step to limit those entities who do business with the City and County of San Francisco.” It does not go into effect unless signed by San Francisco Mayor London Breed.

The suit asks the court to “instruct elected officials that freedom of speech means you cannot silence or punish those with whom you disagree.”

“The Resolution does not try to hide it animus towards the NRA’s political speech, nor its animating purpose: to remove the NRA from the gun control debate,” said the suit, filed on Monday in the District Court for the Northern District of California.

Neither city officials nor a representative for the NRA were immediately available for comment.

(This has been refiled to fix typo in the lead.)

Reporting by Rich McKay in Atlanta; editing by Paul Tait and Philippa Fletcher