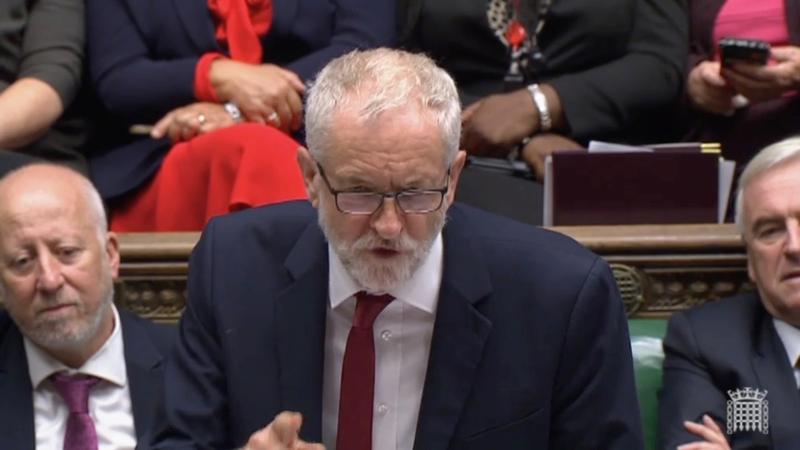 Britain’s opposition Labour party leader Jeremy Corbyn speaks ahead of the vote on whether to hold an early election, in Parliament in London, Britain, September 9, 2019, in this still image taken from Parliament TV footage. Parliament TV via REUTERS

LONDON (Reuters) – Britain’s opposition Labour Party said on Tuesday if it won power it would create a Ministry of Employment Rights to deliver better wages, greater job security and give workers more of a say over how their workplaces are run.

With a deepening crisis over Brexit in Britain, both Labour and Prime Minister Boris Johnson’s governing Conservative Party are already drawing the battle lines for an early election, which many believe could be triggered later this year.

Labour leader Jeremy Corbyn used a speech to trade unions to add detail to his pledge to “put power in the hands of workers”, not the “born-to-rule establishment that Johnson represents” – part of a narrative that scored well with voters at the last election in 2017.

“The next Labour government will bring about the biggest extension of rights for workers that our country has ever seen. We will put power in the hands of workers,” Corbyn said.

“Labour is on the side of the people in the real battle against the born-to-rule establishment that Johnson represents. We stand for the interests of the many – the overwhelming majority who do the work and pay their taxes – not the few at the top who hoard the wealth and dodge their taxes.”