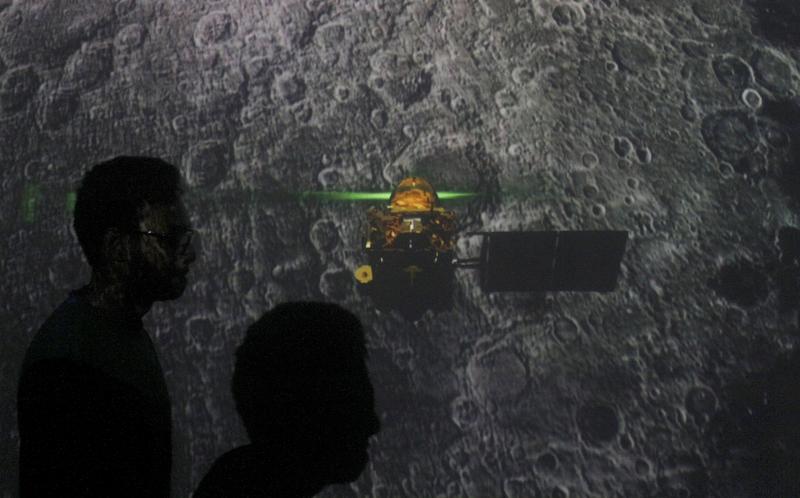 FILE PHOTO: Student walk past a screen during a live streaming of Chandrayaan-2 landing at an educational institute in Mumbai, India, September 7, 2019. REUTERS/Francis Mascarenhas/File Photo

BENGALURU (Reuters) – India has located the spacecraft it was trying to land on the moon but has not been able to establish communication with it yet, the Indian Space Research Organisation (ISRO) said on Tuesday.

The lander was making a “soft” or controlled landing near the South Pole of the moon on Saturday when it lost contact with ground control in the final stage of the descent.

For a graphic on India’s moon mission, click tmsnrt.rs/2MYft4q.

Space experts said the lander may have come down faster than planned and crash-landed on the moon, in a setback for India’s space program that has captivated millions of countrymen.

ISRO said the spacecraft Chandrayaan-2, which is orbiting the moon, had located the lander but it did not say whether it had been damaged.

“All possible efforts are being made to establish communication with lander,” the state-run space agency said on Twitter.

Only the United States, Russia and China have made landings on the moon. Beijing’s Chang’e-4 probe touched down on the far side this year. Scientists believe there could be water ice on the South Pole.

Reporting by Derek Francis in Bengaluru; Editing by Sanjeev Miglani and Himani Sarkar