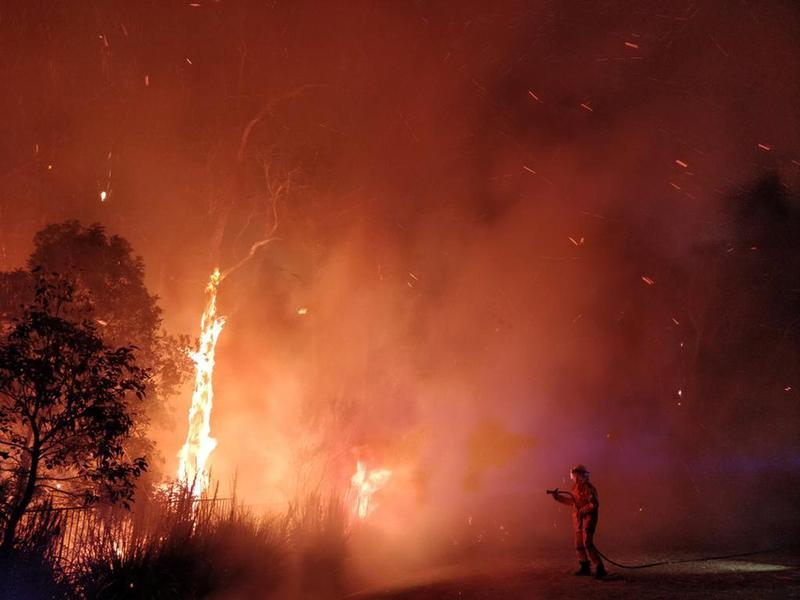 SYDNEY (Reuters) – Hundreds of Australians have fled their homes in the eastern states as 140 fires ravaged parts of Queensland and New South Wales (NSW), officials said on Tuesday.

Strong winds have fanned bushfires in the two Australian states since Monday, with flames out of control in some areas, ravaging thousands of hectares of land.

At least eight of those fires are suspicious and will be investigated, Queensland Police Commissioner Katrina Carroll told reporters.

“Some of the fires have involved children playing and obviously the consequences are dire as a result of that and … some of them have been purposeful and malicious,” she said.

“The consequences of some of these fires are dire. People can die. Buildings and residences are being destroyed.”

In the northeastern state of Queensland alone, low humidity levels, high winds and dried out vegetation have fueled 85 fires that have destroyed or damaged 84 houses across the state, fire service officials said.

There were more than 400 people in evacuation centers, acting Queensland premier Jackie Trad told reporters. She added that there are none dead or missing.

“Apart from Sunshine Coast, we are still seeing fires right throughout the state,” she said.

In neighboring New South Wales, firefighters were battling about 55 fires and about five properties had been confirmed destroyed, the NSW Rural Fire Service said on Monday.

Bushfires have started earlier than normal in the southern hemisphere spring. Australia’s Bureau of Meteorology said winds would intensify throughout the day on Tuesday, but fire threats should abate on Wednesday.