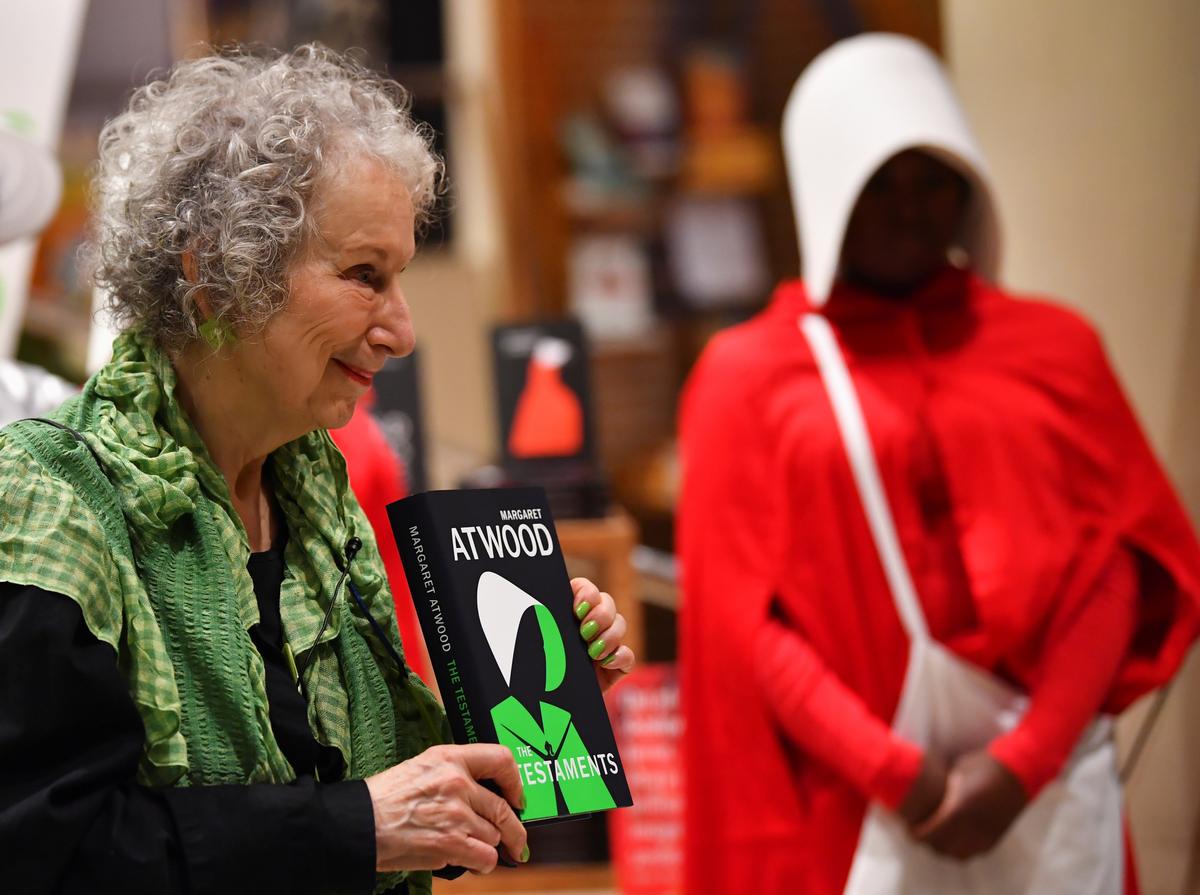 LONDON (Reuters) – Canadian author Margaret Atwood said a deterioration in women’s rights in some parts of the world including in the United States prompted her to write a sequel to her best-selling 1985 novel “The Handmaid’s Tale”.

The novel, made into an award-winning television series in 2017, presents a totalitarian future in the state of Gilead, where the few remaining fertile women are forced into sexual servitude as “handmaids” to repopulate a world facing environmental disaster.

“For years and years people were saying will there be a sequel, please write a sequel, tell us what happened, and I always said I can’t do that,” Atwood told British broadcaster the BBC in an interview.

“But then a couple of things happened. Instead of going away from Gilead as I thought had been happening in the 1990s, we started going back towards Gilead in a number of places in the world including the United States.”

Recent moves to curtail access to abortion in the United States have caused huge division and galvanised women’s rights activists.

U.S. President Donald Trump, who was elected in 2016, has said he opposes abortions in most cases and he has joined many of his fellow Republicans in seeking to limit them.

Many doctors and rights groups are fighting these efforts as harmful to women’s health and in breach of a constitutional right to abortion.

Atwood said she was already conceptualizing a sequel to “The Handmaid’s Tale” when Trump was elected. At the time, the television series based on her novel was being filmed.

“The frame around the show changed, and we knew at that moment it would be viewed differently, which it was. So instead of fantasy — ha ha it will never happen — it got much closer to reality, because of the kinds of people backing Trump,” Atwood said.

The series helped the original novel shoot back up the bestseller lists, and made the handmaid’s uniform of a long dark red cloak and large white bonnet a symbol of female protest and resistance.

Fans gathered in London at midnight on Tuesday to hear Atwood read from her new book, hailing it as a timely and necessary response to an increasingly menacing world for women.

“The world in some ways is becoming a worse place for women and particularly in the United States and so this is very current, and very relevant and very necessary,” said Anne Enith-Cooper, 57, who attended the launch.

Another fan, 40-year-old Stacey Morris, said: “My daughter is 12 and she’s just starting to understand feminism and the importance of being a woman… I’d really like for her to read this in the future and to be able to share this with her.”

Author Margaret Atwood holds up her new novel The Testaments during the launch at a book store in London, Britain early September 10, 2019. REUTERS/Dylan Martinez

Asked if she was nervous about the huge anticipation of her new book, Atwood told the BBC: “There is that feeling that you have – a lot of fanfare, the mountain roars and out comes this mouse. Will they say “what?”, “is that what all this fuss has been about?”

“You do have to point out it is a book, it is not regime change, it is not something that is going to physically impact the lives of many people, it is not riots in Moscow.”

“The Testaments” has already landed Atwood a nomination for one of the publishing world’s top accolades, the Booker Prize.