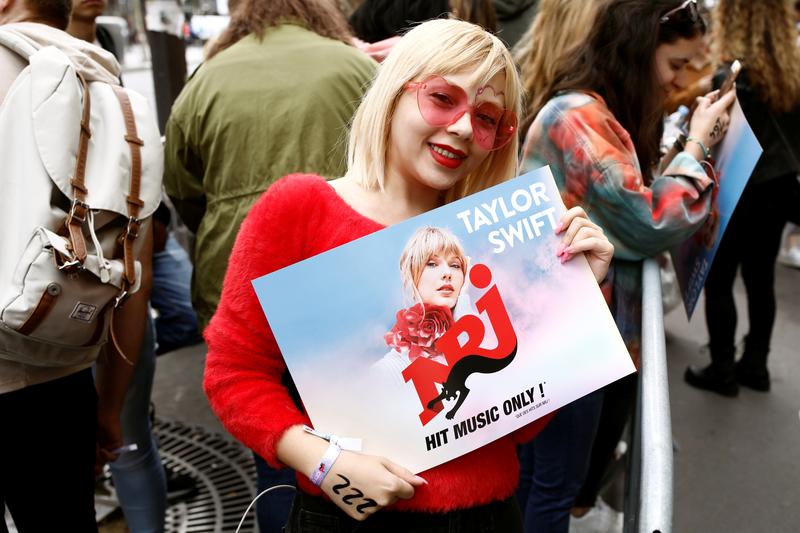 Fans of Taylor Swift wait in line to enter the Olympia Theatre prior to her concert performance in Paris, France, September 9, 2019. REUTERS/Benoit Tessier

Tickets for the concert, which is Swift’s only performance promoting her new album “Lover,” were not for sale, but were distributed through contests worldwide.

Fans who won tickets in competitions online, through radio stations and music companies, came from as far away as Japan and Mexico to see Swift perform at the French capital’s Olympia Music Hall.

Hoping to catch a glimpse of Swift as she arrived, some hopeful fans, who colloquially call themselves “Swifties,” had come to the venue without having tickets to the concert.

“We are very sad because we have four friends standing in the back from Germany who don’t have tickets,” 28-year old Finne told Reuters TV. “So, we’re happy for us but we’re very sad we can’t share this experience with them.”

Swift’s new album has already broken records in China, with over one million total streams, downloads and sales within a week of its release.

The album’s combined total sales made it China’s most-consumed full-length international album ever in its first week.