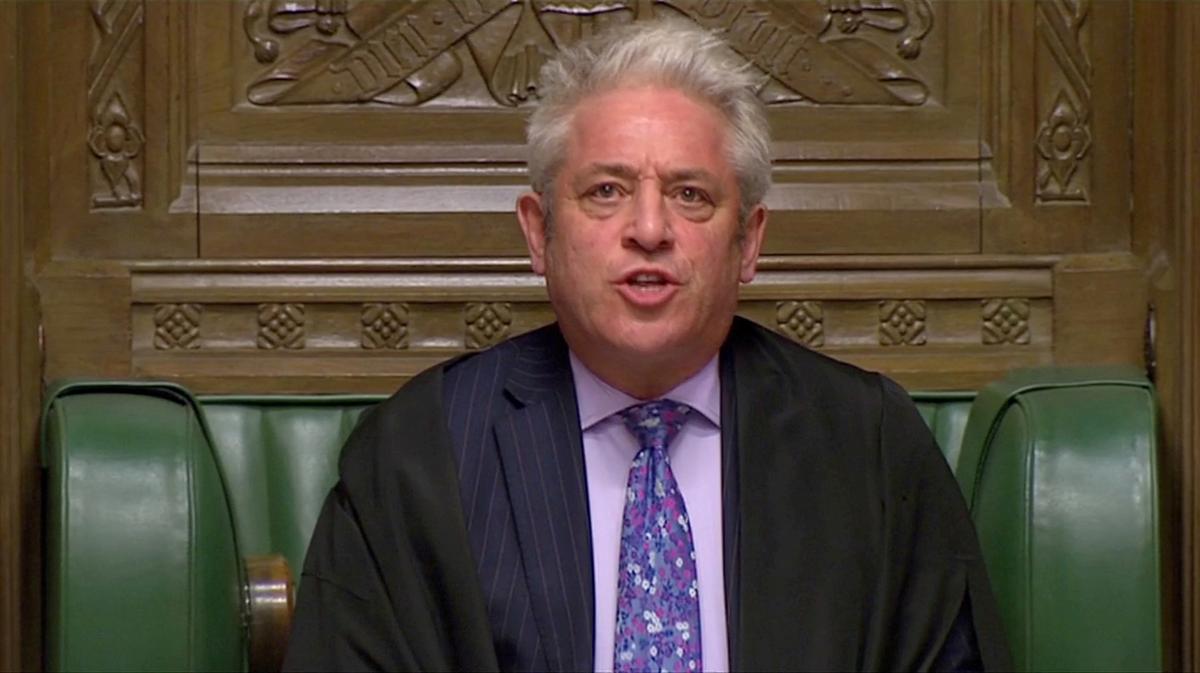 LONDON (Reuters) – Britain’s House of Commons Speaker John Bercow, who played a key role in the three-year Brexit crisis, said on Monday he would stand down from the role, issuing a warning to the government not to “degrade” parliament.

Bercow bent parliamentary rules to give lawmakers the chance to challenge government policy, most recently to pass a law seeking to block a no-deal exit from the European Union.

He was given a standing ovation from many members of the lower house as he announced his plan to stand down in the coming weeks.

A member of parliament since 1997, he has been speaker since June 2009 and has often been a thorn in the government’s side.

“We degrade this parliament at our peril,” he said, with his gaze fixed on the benches in the debating chamber where government members sit.

Prime Minister Boris Johnson has been heavily criticised for suspending parliament for just over a month, only weeks before the country’s most important political decision in decades.

Bercow said he would not contest the next election if parliament voted later on Monday in favour of calling one. If, as expected, lawmakers reject the government’s attempt to call an election, he said he would quit on Oct. 31 – the day Britain is currently due to leave the EU.