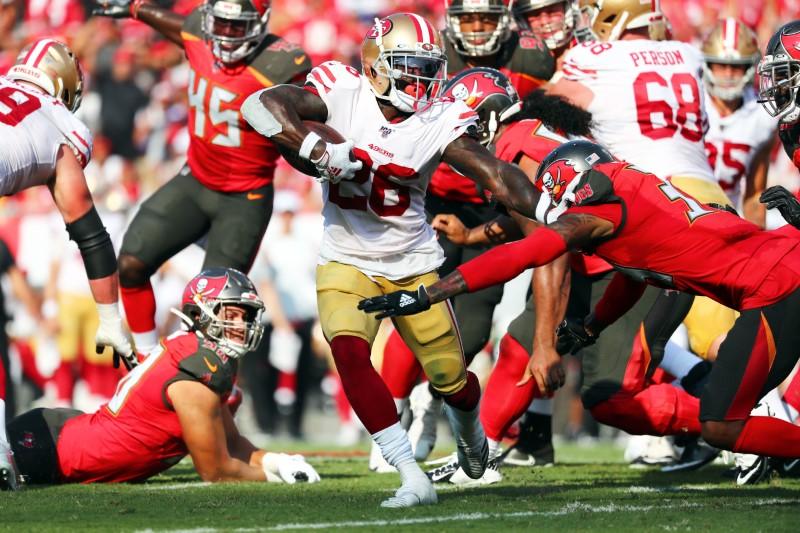 San Francisco 49ers running back Tevin Coleman is expected to “miss time” because of a sprained ankle, according to NFL Network’s Ian Rapoport.

Coleman left Sunday’s Week 1 game against the Tampa Bay Buccaneers in the first half and did not return after rushing for 23 yards on six carries. He was scheduled for an MRI exam on Monday in Youngstown, Ohio, to determine the extent of the injury, Rapoport reported.

Raheem Mostert rushed for a team-high 40 yards on nine carries in the 31-17 victory, while Matt Breida carried 15 times for 37 yards.

The 49ers acquired Coleman as a free agent this offseason from the Atlanta Falcons. The 26-year-old signed a two-year, $10 million contract with San Francisco after he rushed for a career-high 800 yards and four touchdowns last season.