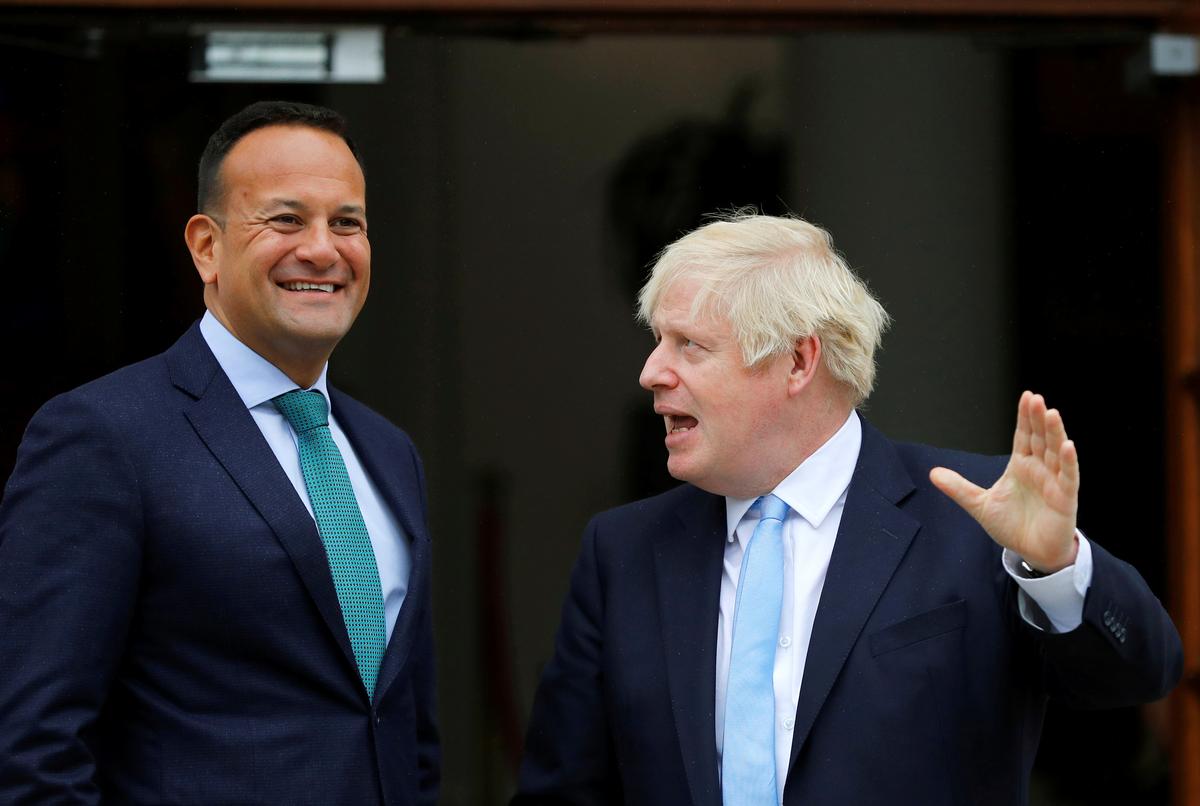 DUBLIN (Reuters) – Irish Prime Minister Leo Varadkar said on Monday that the removal of the border backstop without any proper replacement would mean a no-deal Brexit for the United Kingdom.

“In the absence of agreed alternative arrangements, no backstop is no deal for us,” Varadkar said ahead of talks with his British counterpart, Boris Johnson.

Varadkar said he would not replace a legal guarantee for the Irish backstop, an insurance agreement to prevent the return of border controls between Northern Ireland and the Irish Republic, without an specific alternative.

“What we cannot do and will not do, and I know you understand this is agree to the replacement of a legal guarantee with a promise,” the Irish PM said. He also said a no-deal Brexit would usher in years of negotiations.

“In my view, the story of Brexit won’t end if the United Kingdom ends [exits] the European Union on Oct.31 or even Jan. 31,” he said. “There’s no such thing as a clean break or just getting it done. Rather we’ll just move on to a new phase.”

He said if there was no deal, Britain and the EU would have to get back to negotiations quite quickly to address citizens rights, financial settlement and the Irish border, all issues which had been included in Theresa May’s withdrawal deal.

He warned even if a deal was struck, agreeing a future free trade agreement would be a “Herculean” task for Johnson.

“We do want to be your friend and your ally, your ‘Athena’ in doing so. And I think the manner in which you leave the European Union will determine whether that’s possible,” he said.

He said he was ready to listen to how they could end the impasse, but both leaders said a breakthrough was not likely on Monday.