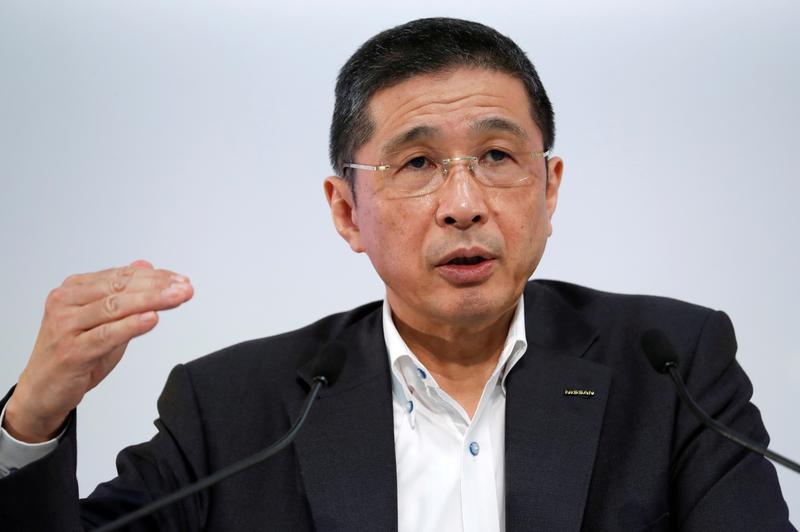 TOKYO (Reuters) – Nissan Motor Co (7201.T) Chief Executive Hiroto Saikawa has told some executives he plans to resign, the Nikkei newspaper reported on Sunday, in what would mark the latest upheaval over governance at the troubled Japanese automaker.

Saikawa has admitted to being overpaid in violation of internal procedures following the results of an internal investigation.

Nissan’s board members are scheduled to meet on Monday to discuss the issue. The company, and its relationship with top shareholder Renault SA (RENA.PA), has been damaged following the ouster of former chairman Carlos Ghosn late last year.

Citing unnamed sources, the Nikkei said that Saikawa’s decision had been prompted by increasing doubts over his ability to steer the automaker to recovery, given the recent plunge in Nissan’s profit and the salary payments.

Nissan was not immediately available to comment on the report.

Pressure has mounted on Saikawa, a Ghosn protege, especially as Nissan has struggled to right itself after the former chairman’s ouster. Profit has tumbled to an 11-year low and prompted hefty job cuts.

But confidence in Saikawa had already been shaken by accusations he was too close to Ghosn, whose arrest in November rocked the global auto industry and exposed tensions in the automaking partnership between Nissan and Renault.