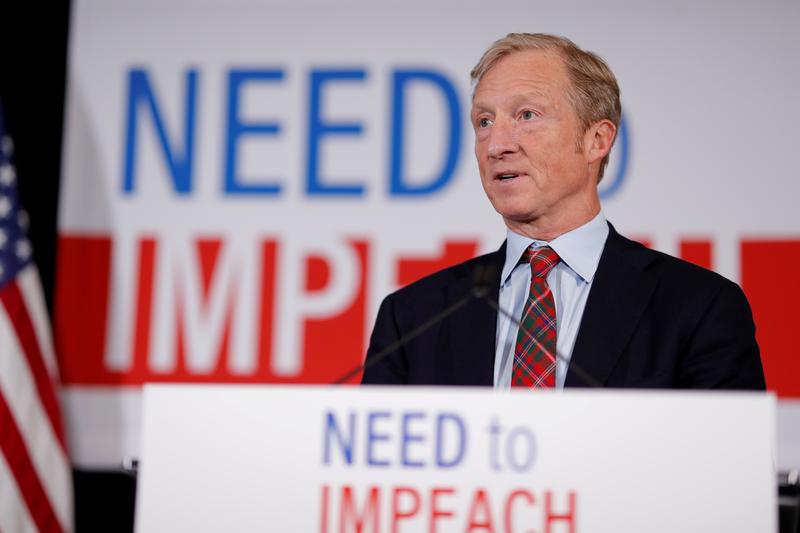 (Reuters) – U.S. Democratic presidential hopeful Tom Steyer, a billionaire environmentalist and political donor, said on Sunday he has qualified to participate in the fourth Democratic debate in October, putting him on stage alongside the leading contenders for the first time.

The 62-year-old former hedge fund manager from San Francisco, who is not well-known beyond political circles, will be one of 11 candidates who has met the Democratic National Committee’s minimum requirements to participate in the Ohio debate on Oct. 15-16.

“It’s now more clear than ever that Tom’s message is resonating with Americans across the country — that it is time to break the corporate stranglehold on Washington and bring democracy back to the American people,” Steyer campaign manager Heather Hargreaves said.

Steyer launched his self-funded campaign to win the White House in November 2020 on July 9 after saying earlier this year that he would not run and focus on efforts to impeach President Donald Trump. His campaign is focusing on getting corporate money out of U.S. politics.

He has worked for years on climate change and voter engagement and donated about $170 million since 2015 to his independent political action committees, Need to Impeach and NextGen America.

During the 2017-2018 election cycle, he was the second-largest donor to Democratic and liberal candidates and causes, according to the Center for Responsive Politics.

Steyer did not qualify for the third debate, which will take place in Houston this week with the top 10 candidates.

Reporting by Valerie Volcovici in Washington; Editing by Lisa Shumaker