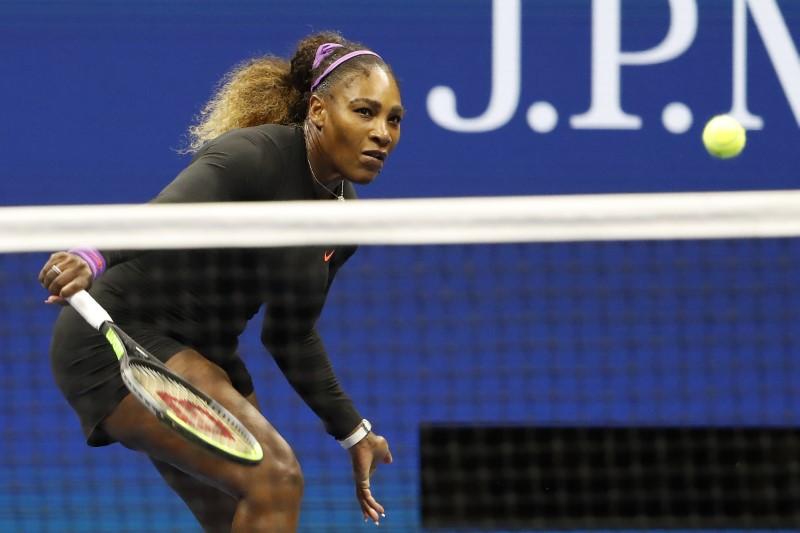 NEW YORK (Reuters) – The U.S. Open final on Saturday will have the feel of a street fight when two of the most powerful players in the women’s game exchange blows on the sport’s biggest stage with Grand Slam glory on the line.

While the 37-year-old Serena Williams and her opponent, the upstart Canadian teenager Bianca Andreescu, could hardly be more different in terms of the depth of their experience, their styles are a near mirror image.

Williams, who is seeking an elusive record-equaling 24th Grand Slam singles title, has looked as good as ever during her stay at Flushing Meadows — crushing serves and pounding groundstrokes to reach her second major final of the year.

Standing in her way is 19-year-old Andreescu, a fellow big-hitter and excellent mover, who took the tennis world by storm this year when she came out of nowhere to claim titles at Indian Wells and Toronto.

On the eve of the biggest match of her life, Andreescu’s coach Sylvain Bruneau told reporters she would not be intimidated by Williams or the moment.

“Tomorrow is a tough task, for sure the toughest task she’s had this year in her young career,” he said.

“But she’s a warrior and she’s a street fighter. She strives to compete.

“I’m pretty confident she’s going to step in the arena tomorrow, both feet in, and go at it,” he said of the contest, which will play out before a raucous, Williams-supporting crowd at 23,771-seat Arthur Ashe Stadium.

“She’s as tough as it gets as a competitor. She’s not scared. She goes for it … the bigger the occasion, the bigger she hits.”

WILLIAMS ON A MISSION

Williams will look to avoid the sort of dip in form she suffered in last year’s U.S. Open final and in the last two Wimbledon finals.

Those defeats have kept her just shy of Margaret Court’s Grand Slam record since returning to the sport last year following childbirth.

Her wealth of experience and excellent fitness, not to mention the laser-like focus she has brought to each of her first six matches in New York, could be enough to finally carry Williams to the Promised Land.

Her coach, Patrick Mouratoglou, also believes her familiarity with the big stage could give her an edge.

“It’s called pressure, and I think Serena had to experience a bit of pressure in her life,” he said of the 37-year-old, who learned tennis as a child from her father on courts in crime-ridden Compton, California.

“And you can’t think that she’s not good at dealing with pressure.”

Williams appears fully recovered from the knee injury that forced her to pull out of the Miami and Rome tournaments earlier this year after just one match, giving her already lethal game an added dimension.

“If you feel weak or not as strong as you wish you were, it’s more difficult to beat the pressure,” Mouratoglou said.

“I think it’s a totally different situation now, because now she can move.

“So there is no panic if she misses a bit more than usual. No problem. There are other options of play.”