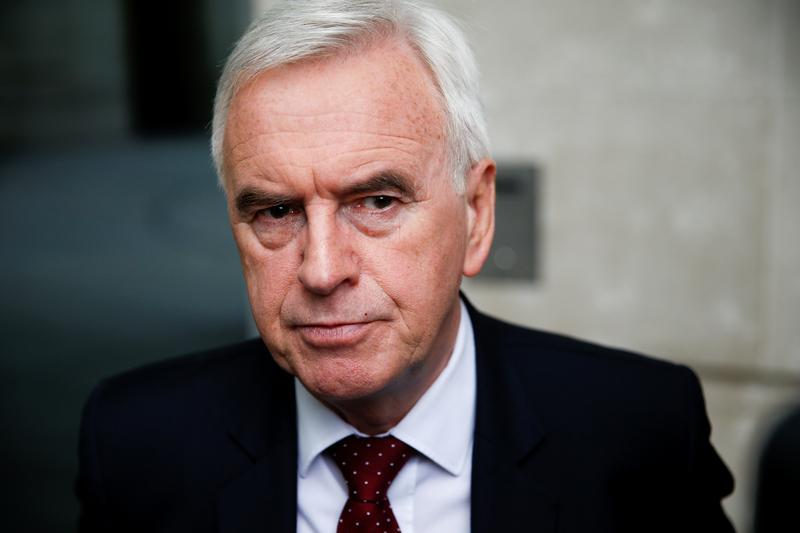 John McDonnell, Labour’s finance spokesman, said in an interview with the newspaper that he was putting the City of London on notice that it was time to end bonuses voluntarily or face draconian curbs.

“If it continues and the City hasn’t learnt its lesson, we will take action, I’ll give them that warning now,” he told the FT.

“People are offended by bonuses,” he said, calling them “a reflection of the grotesque levels of inequality”.

Citing official data the FT said a record 46.4 billion pounds was paid in bonuses in 2017.

McDonnell said if Labour won power one of his first moves as finance minister would be to explore ways of cracking down on extravagant payments to bankers and others in the financial sector.

He plans to launch a consultation looking at options ranging from increasing shareholder power to restrictions on the size of bonuses.

The FT said McDonnell was also drawing up plans to strip voting powers in takeover situations from investors who had held a company’s shares for less than two years.

Two-thirds of parliament’s lawmakers need to back an early election but opposition parties, including Labour, have said they would either vote against or abstain on this until new legislation to force Johnson to seek a Brexit delay is implemented.