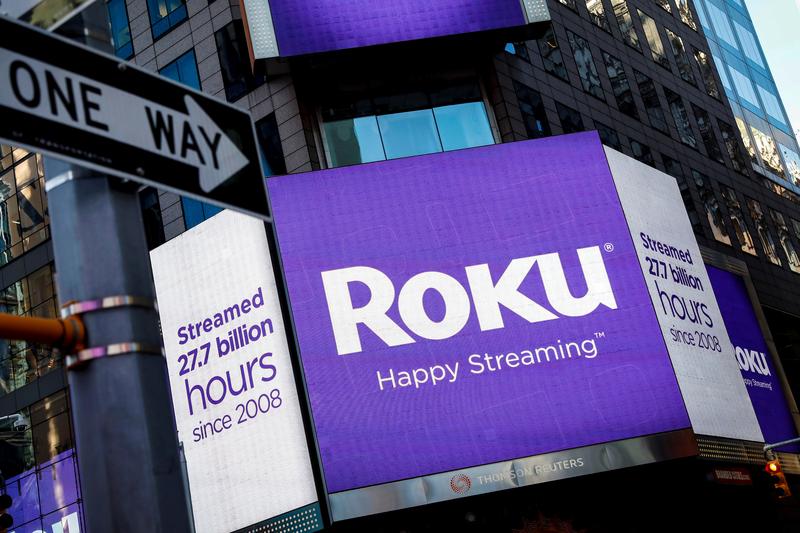 BERLIN (Reuters) – Streaming company Roku, whose software runs one in three smart TVs in the United States, is turning to the British market as competition with Silicon Valley giant Amazon goes international.

Chinese manufacturer Hisense will market televisions with Roku TV in the United Kingdom from the fourth quarter, with other European markets to follow, Roku’s founder and chief executive Anthony Wood told Reuters in an interview.

Roku started out offering players for services like Netflix, branching into licensing its operating system to makers of internet-enabled TVs who have found it harder to keep their software fresh and make money in a cut-throat market.

The company floated in 2017 and its shares have since risen more than tenfold as it grew to reach 30.5 million U.S. households; struck licensing deals with nearly a dozen TV makers and served as an aggregator for more than 7,000 channels.

“We’re the leader by a wide margin in the U.S., and we’re just starting to get serious about international markets,” Wood said on the sidelines of the IFA consumer electronics fair in Berlin.

The Hisense deal in the UK “is a stepping stone to the rest of Europe”, he added.

In Europe, Roku faces the might of Amazon, which unveiled a string of deals a IFA to bring its Fire TV platform to living rooms, partnering with Grundig, JVC and Toshiba.

One of the Grundig models will run on Alexa, Amazon’s digital voice assistant, making it possible to dispense with a remote control and instead select programming by ‘talking’ to the TV.

Some high-end TV makers, like Samsung, still run their own operating systems but for mid-range flatscreens a platform contest between Roku and Amazon is emerging that echoes the David-and-Goliath battle in music streaming between Spotify and Apple.

Tech and media analyst Paolo Pescatore said there was no guarantee that Roku’s platform would prosper on the international stage, because there are other ways to stream TV in an increasingly mobile world.

“Roku is at a crossroads,” said Pescatore. “If you want to watch YouTube or Netflix, you just need a device.”

Thanks to its control of the user interface, Roku TV has struck aggregation deals with a roll call of content providers – including new arrivals Apple+ and Disney+.

It is also making more money from digital advertising as marketers shift budgets from commercial TV to streaming, reflecting the cord-cutting trend among viewers.

Revenues grew by 59% in the second quarter to $250 million at Roku, which roughly broke even at the bottom line. The company forecasts revenues of just over $1 billion this year.

With Roku now aggregating more than 7,000 channels, it is promoting its own Roku Channel that offers a recommendation engine to help viewers filter the vast amount of programming on offer to find what they want to watch.

“Our goal is to be the leading streaming platform for households,” said Wood, seeing a future in which there will be a few mega-streaming apps, like Disney, and much other content will be syndicated into the platforms directly.