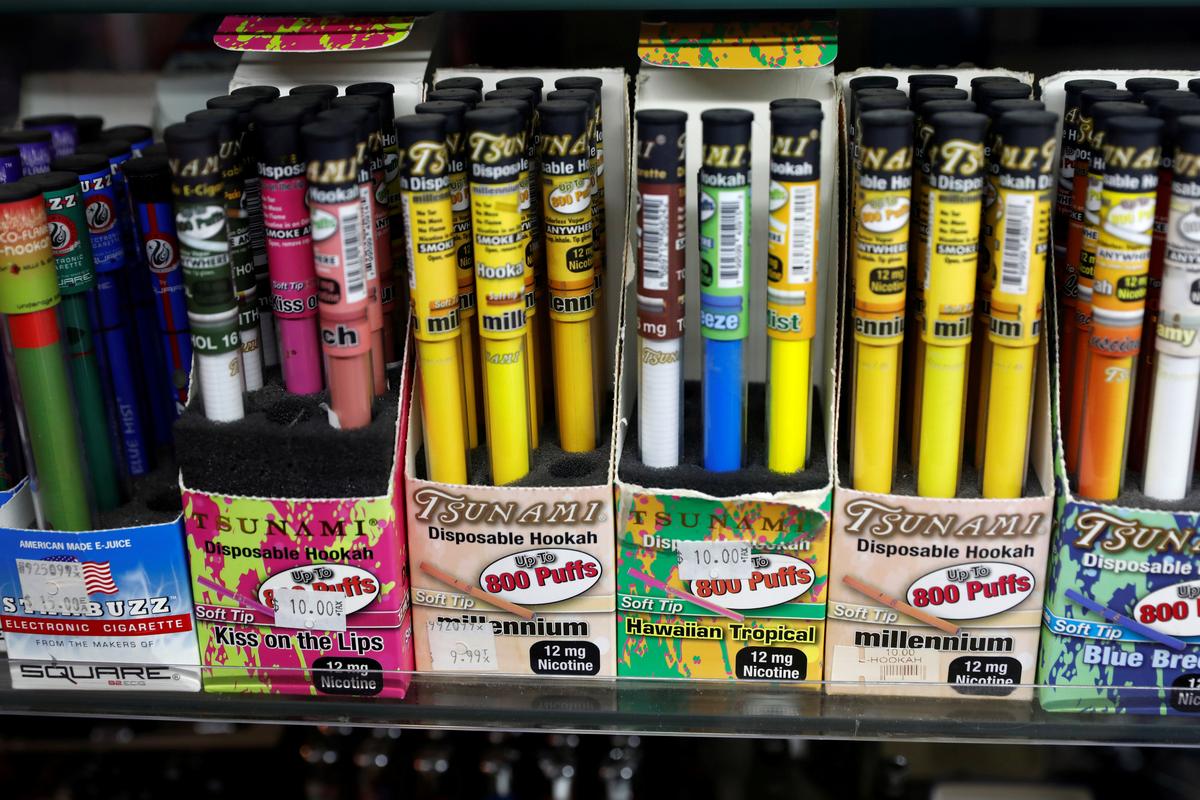 (Reuters) – A Los Angeles County resident has died from a lung illness possibly tied to vaping, bringing the total number of such U.S. deaths to five, health officials said on Friday.

Officials are warning against e-cigarette use as the exact cause of any link between vaping and the lung condition remains unknown.

The unidentified person was described as an older adult who had chronic underlying health conditions and was one of 12 cases of people in Los Angeles County experiencing severe and sudden lung disease after a history of vaping, said Muntu Davis, the heath officer of the Los Angeles County Department of Public Health.

“Our recommendation … is that if you don’t have to vape, don’t do it right now. There really is a lot of unknowns. There is a lot of information that needs to be gathered,” he said during a news conference.

Deaths have also been confirmed in Illinois, Indiana, Minnesota and Oregon, the U.S. Centers for Disease Control and Prevention (CDC) said on Friday. In addition, the agency is probing 450 cases of lung illness that may have been caused by e-cigarette use around the country.

The CDC said the total count of confirmed cases of illness linked to vaping remained at 215, the same as its update last month, but a number of other cases of lung illnesses remained under investigation.

Staff from health agencies, including the U.S. Food and Drug Administration (FDA), said they have not linked the illnesses to any specific e-cigarette product or any particular substance in the e-cigarettes.

The CDC said no evidence of infectious diseases has been identified and therefore the lung illnesses are likely associated with a chemical exposure.

“Something has to be done. There’s not enough regulation. There’s not enough action taken by our politicians,” said Tim Johnson during a news conference in Illinois on Thursday after his daughter fell ill with a lung illness believed to have been caused by vaping. “We may have dodged a bullet with our daughter.”

E-cigarettes are generally thought to be safer than traditional cigarettes, which kill up to half of all lifetime users, according to the World Health Organization. But the long-term health effects of vaping are largely unknown.

Juul, in which Altria Group Inc (MO.N) has an over 30% stake, is the dominant e-cigarette maker in the U.S. market.

The New England Journal of Medicine published a study showing 84% of 53 patients with lung illnesses in Illinois and Wisconsin reported using tetrahydrocannabinol (THC), the psychoactive component of cannabis, in e-cigarettes.

Reporting by Manas Mishra in Bengaluru and Brendan O’Brien in Chicago; Editing by David Gregorio and Chris Reese