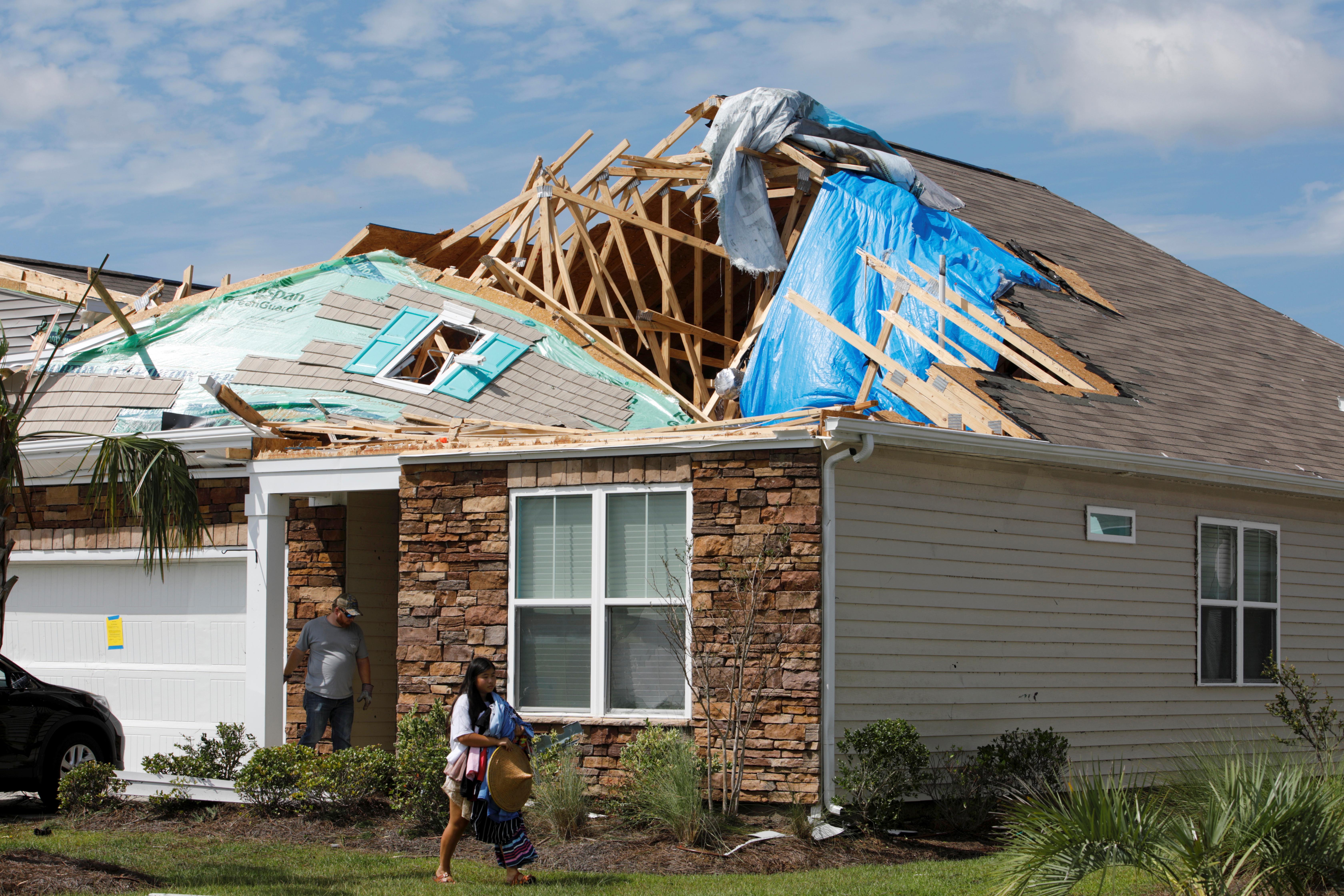 KITTY HAWK, N.C. (Reuters) – Hurricane Dorian briefly made landfall on the Outer Banks of North Carolina on Friday, hitting the beach-fringed barrier islands with powerful winds and battering waves days after reducing parts of the Bahamas to rubble.

The storm made landfall at Cape Hatteras at about 9 a.m. (1300 GMT) with maximum sustained winds of 90 miles per hour (150 km per hour), according to the National Hurricane Center. That was far weaker than its slow, deadly tour through the Bahamas earlier in the week that caused at least 30 deaths and likely many more.

By late afternoon, Dorian was moving away from the mid-Atlantic states and headed toward Canada where it was expected to bring hurricane-force winds to parts of Nova Scotia by Saturday evening, the National Hurricane Center said.

Floodwaters came halfway up to kitchen countertops and battered fences and boardwalks, according to images on social media. One island resident uploaded a video on social media showing people driving a speedboat down a flooded street.

“We estimate about 800 people remained on the island during the storm and have heard reports from residents who say the flooding there was catastrophic,” Cooper said. “We’re thankful not to have reports of serious injury or death since the storm arrived.”

One resident in need of immediate medical attention was airlifted off Ocracoke, and helicopters will fly in food and water, the governor added.

The Outer Banks are a picturesque series of narrow islands known for their beaches, lighthouses and natural beauty.

The Kitty Hawk area, on the northern end of the Outer Banks, emerged from the storm with little damage. Many houses near the ocean lost power on Friday, but houses on higher ground continued to have power and cable television.

Stacy and Ryan Marshall said their home, which is not oceanfront, came through unscathed. They drove to the beach on Friday afternoon to view the storm surge. “We got lucky, just lost a couple of boards on the fence,” Stacy Marshall said.

South Carolina Governor Henry McMaster held a news conference with smiling officials, saying that the storm had not been as bad as had been feared and floodwaters had ebbed in coastal areas.

But it will likely spare much of the East Coast the worst of its rain and wind before making landfall in Canada’s Nova Scotia that night, the hurricane center said.

The damage was far less severe than in the Bahamas, where at least 70,000 people were in need of immediate humanitarian relief after Dorian became the most damaging storm ever to hit the island nation.

Of at least four storm-related deaths reported in the United States, three were in Orange County, Florida, during storm preparations or evacuation, the mayor’s office said. In North Carolina, an 85-year-old man fell off a ladder while barricading his home for Dorian, the governor said.