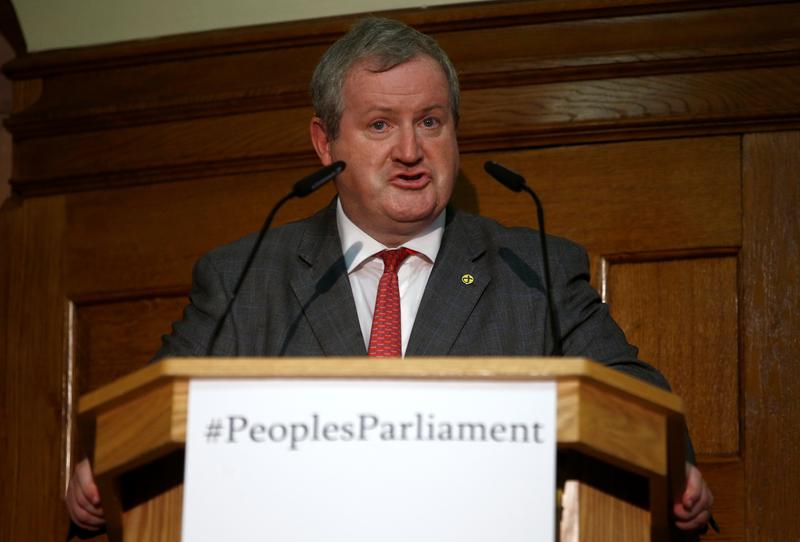 FILE PHOTO: Ian Blackford speaks at the event about opposing the suspension of parliament to prevent no deal Brexit in London, Britain August 27, 2019. REUTERS/Henry Nicholls

LONDON (Reuters) – British opposition parties will not back Prime Minister Boris Johnson’s preferred timing for an early election but voters will not have to wait long before going to the polls, the Scottish National Party’s leader in Britain’s parliament said.

“We will have that election when the time is right but I will make you this promise, we are not going to have a long wait,” Ian Blackford told BBC television on Friday after a meeting of opposition party representatives.

Johnson has pushed for an election on Oct. 15, two weeks before the United Kingdom is due to leave the European Union.