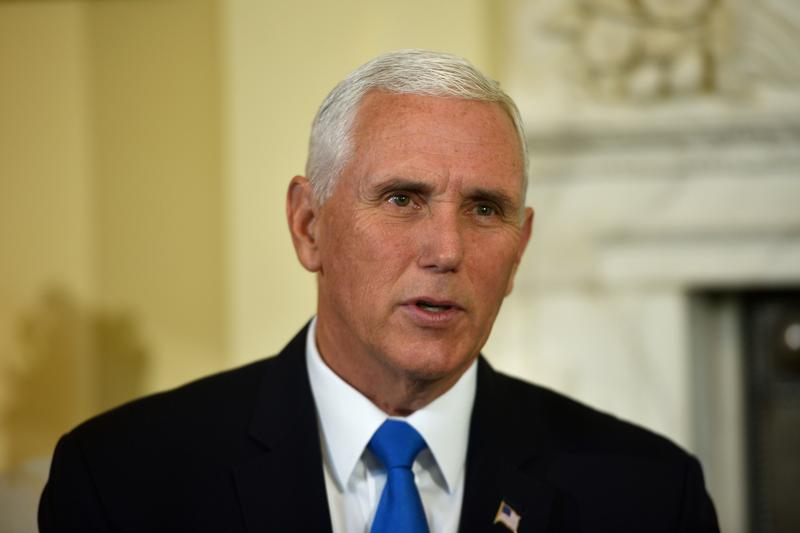 WASHINGTON (Reuters) – A major speech on China by Vice President Mike Pence that was expected to take a tough line on Beijing has been rescheduled for later this year, a White House official said.

The tone of the speech, originally scheduled for delivery in June, will be dictated by the needs of the moment, the person said late on Thursday, requesting anonymity because he was not authorized to speak publicly on the matter.

The news comes after Beijing announced that top officials would head to Washington in early October to hold talks aimed at ending a tit-for-tat trade war, now in its second year, which has roiled markets and hammered global growth.

The United States began targeting Chinese imports with tariffs in July last year, demanding that Beijing put an end to alleged unfair trade practices, from stealing American intellectual property to subsidizing local industry. China has responded with tariffs of its own on U.S. imports.

Pence’s China speech was postponed ahead of a meeting in Osaka, Japan, between U.S. President Donald Trump and China’s Xi Jinping on the sidelines of the G20.

A hardline speech on China was seen as potentially hampering Trump’s bid to use that meeting to get negotiations back on track after talks broke down in May, according to reports.

A spokesman for Pence’s office confirmed the vice president would give a speech on China this fall but gave no date and offered no other details.

The June speech was initially cast by aides as a sequel to a blistering broadside he delivered in October 2018.

At the time, Pence shocked China-watchers with a speech in which he laid out a litany of complaints, chastising China for building “an unparalleled surveillance state” and for government-run camps in the Xinjiang region where Muslim Uighurs “endure around-the-clock brainwashing” just ahead of a major Asia-Pacific conference that he attended on behalf of Trump.

More recently, Pence has urged Beijing to treat Hong Kong protesters humanely, warning that it would be harder for Washington to make a trade deal with Beijing if there was violence in the former British territory.

In contrast, Trump alternates between praising Xi as a great leader and casting him as an enemy, while excoriating China for taking advantage of U.S. businesses, in public remarks and tweets.

Pence returned early Friday from a week-long trip to Europe, where he urged European leaders to keep China’s Huawei, the world’s top telecoms equipment maker, out of their 5G networks and urged Icelandic leaders to be vigilant against Chinese incursions in the Arctic.