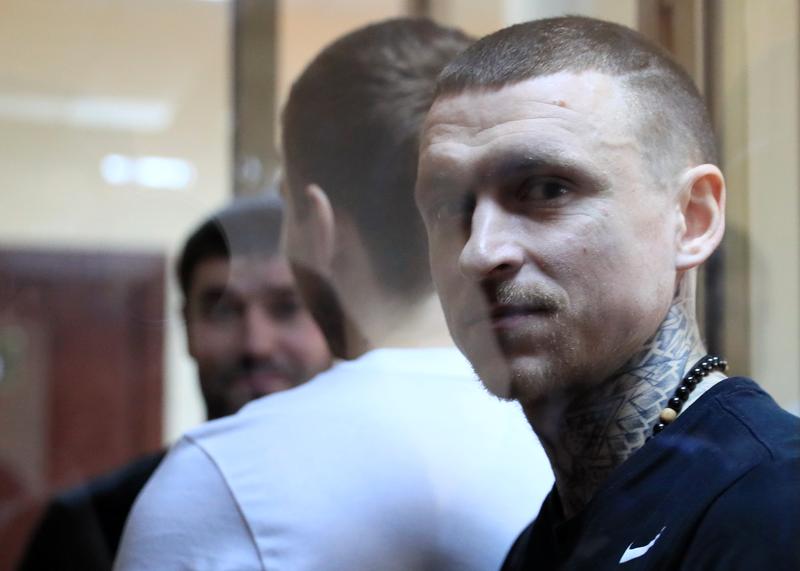 FILE PHOTO – Russian soccer player Pavel Mamayev, who is charged with a brutal assault and held in custody, attends a court hearing in Moscow, Russia May 8, 2019. REUTERS/Tatyana Makeyeva

MOSCOW (Reuters) – A Russian court on Friday ordered the release on parole of two famous Russian soccer players jailed for their involvement in a pair of violent attacks last year, Russian news agencies reported on Friday.

Alexander Kokorin and Pavel Mamayev, who both played in Russia’s top league and used to play for their country, apologized after being caught on CCTV last year taking part in two violent assaults in Moscow.

The two players were present at both incidents after celebrating a decade of friendship in a Moscow strip club where they said they had been drinking beer.

In May, Kokorin was sentenced to 18 months in jail, while Mamayev was ordered to serve 17 months after months of hearings that were widely covered by Russian state media.

Some Kremlin critics said their harsh treatment and public shaming after an outcry was used to divert attention from bigger problems in the country, including an unpopular measure to increase the pension age.

The Moscow court ordered them to be freed on parole on Sept. 17, Russian news agencies cited their lawyer as saying.