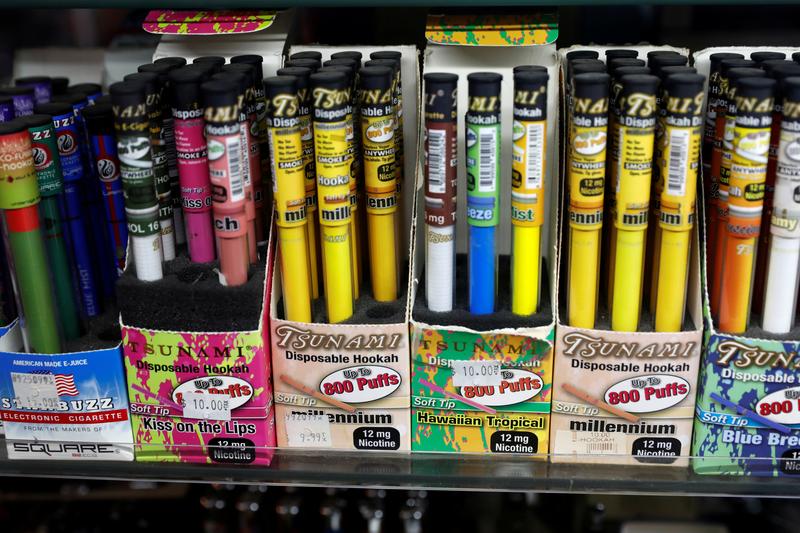 (Reuters) – U.S. health authorities on Friday said two Americans had died from lung illness that were possibly tied to vaping, bringing the total count of such deaths to three as officials probe whether a “cluster” of lung illnesses are linked to e-cigarette use.

One other death was under investigation, the U.S. Centers for Disease Control and Prevention (CDC) said, adding that it was probing possible links with vaping to 450 cases of lung illness around the country.

The two latest confirmed deaths occurred in July in Oregon and Indiana, CDC’s acting deputy director of non-infectious diseases, Ileana Aris, told reporters at a media briefing. The CDC said the total count of confirmed cases of illness linked to vaping remained at 215, the same as its update last month, but that a number of other cases of lung illnesses remained under investigation.

Staff from health agencies, including the U.S. Food and Drug Administration (FDA), said they have not linked the illnesses to any specific e-cigarette product or any particular substance in the e-cigarettes.

Juul, in which Altria Group Inc (MO.N) has an over 30% stake, is the dominant e-cigarette maker in the U.S. market.

Separately, the New England Journal of Medicine published a study showing 84% of 53 patients with lung illnesses in Illinois and Wisconsin reported using tetrahydrocannabinol (THC), the psychoactive component of cannabis, in e-cigarettes.

Last month, Illinois’ state authorities reported that a person who vaped had died after being hospitalized with severe respiratory illness.

Reporting by Manas Mishra in Bengaluru; Editing by David Gregorio