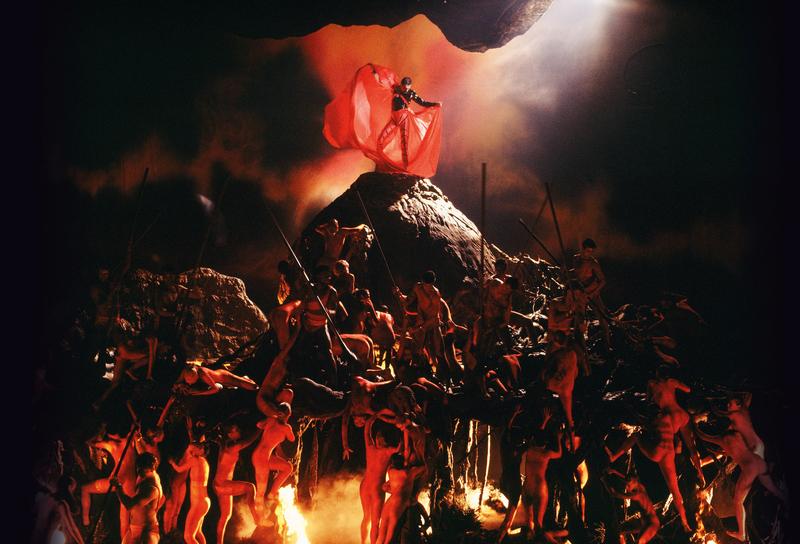 Freddie Mercury is seen in this undated still image, in an unknown location. Simon Fowler/Mercury Songs Ltd/Handout via REUTERS

LONDON (Reuters) – A new video animation featuring two white blood cells in love was released on Thursday to mark what would have been Freddie Mercury’s 73rd birthday and help raise awareness of the continued global fight against AIDS.

The British singer, songwriter and lead vocalist of the rock band Queen died in 1991 aged 45 due to complications from AIDS.

The four-minute video clip released by Universal Music Group (UMG) accompanies the flamboyant singer’s 1985 track “Love Me Like There’s No Tomorrow”. The tale of the two white blood cells, one of which is infected with the virus, depicts the power of love over fear and ignorance.

“We wanted to tell a story that was relevant to Freddie’s life, but not explicitly about him,” said the directors Esteban Bravo and Beth David in a statement.

Taking a more “microscopic” perspective allows for a more nuanced exploration of the struggles those with HIV/AIDS face in their personal relationships and in society, they added.

“The LGBT+ community fought for years for the right to proper research and healthcare, and because of that fight, millions of lives have been saved. We wanted to celebrate that victory,” Bravo and David said.

The video is also meant as a tribute to the work of the Mercury Phoenix Trust, set up after Mercury’s death to help support projects worldwide in the fight against HIV and AIDS.

The song “Love Me Like There’s No Tomorrow” comes from “Never Boring”, the definitive Freddie Mercury solo collection, which will be released worldwide on Oct. 11 through UMG, Hollywood Records and Mercury Records.