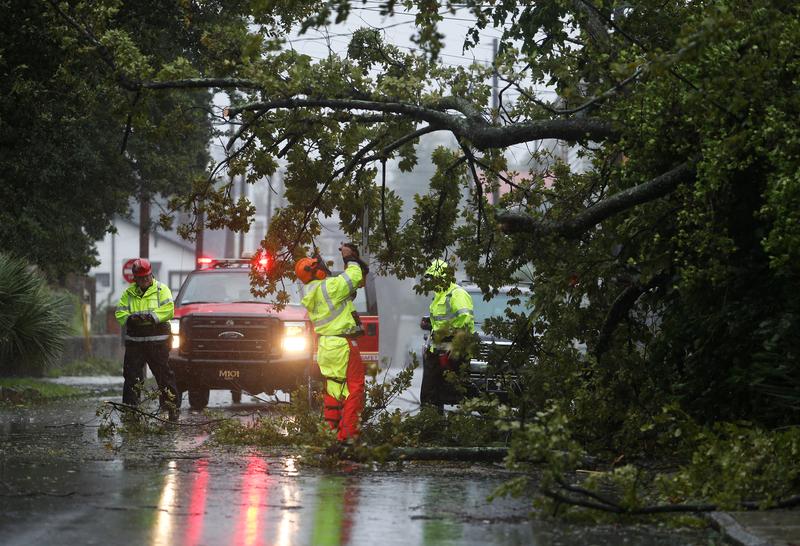 The United Nations estimated more than 76,000 people were in need of humanitarian relief after the most damaging storm ever to hit the island nation.

The U.N. World Food Programme (WFP) said it bought 8 metric tonnes of ready-to-eat meals and was organizing an airlift from Panama of storage units, generators and prefab offices for two logistics hubs, as well as satellite equipment for emergency responders.

“In a first phase, WFP will focus on the immediate procurement and distribution of up to 85 MT of ready-to-eat meals for the most affected communities,” Verhoosel said.

Dorian was rated a Category 5 hurricane when it killed at least 20 people in the Bahamas. Authorities expect that number to rise, Prime Minister Hubert Minnis said at a news briefing, as retreating floodwaters revealed the scope of destruction.

One of the storm survivors on the Abaco Islands, Ramond King, said he watched as swirling winds ripped the roof off his house, then churned to a neighbor’s home to pluck the entire structure into the sky.

Total insured and uninsured losses in the Bahamas amounted to $7 billion, including buildings and business interruptions, according to a preliminary estimate by Karen Clark & Co, a consultancy that provides catastrophic modeling and risk management services.

The hurricane was barreling north-northeast just off the southeastern U.S. coast on Thursday, moving at about 7 miles per hour (11 kph), with maximum sustained winds fluctuating between 110 and 115 mph (175-185 kph), between a Category 2 and Category 3 storm on the five-point Saffir-Simpson wind scale.

“Whether it makes landfall or not, you still have the core winds right around the center,” NHC Director Ken Graham said from the agency’s headquarters in Miami.

“So wherever those make it on shore, you can still have some significant hurricane force winds.”

More than 2.2 million people in Florida, Georgia, North Carolina and South Carolina had been ordered to evacuate, although Florida avoided a direct hit.

The forecast called for the storm to move northeast along North Carolina’s Outer Banks, a popular coastal vacation spot, by Friday afternoon and then out to sea. The NHC also added a tropical storm warning for coastal Virginia, including the Norfolk-Virginia Beach area.

More than 239,000 homes and businesses in the U.S. Southeast were without power, according to local electric companies.

A flight from the U.S. Agency for International Development landed in the Bahamas early on Thursday with enough relief supplies to help 31,500 people, bringing hygiene kits, water containers and buckets, plastic sheeting and chain saws.