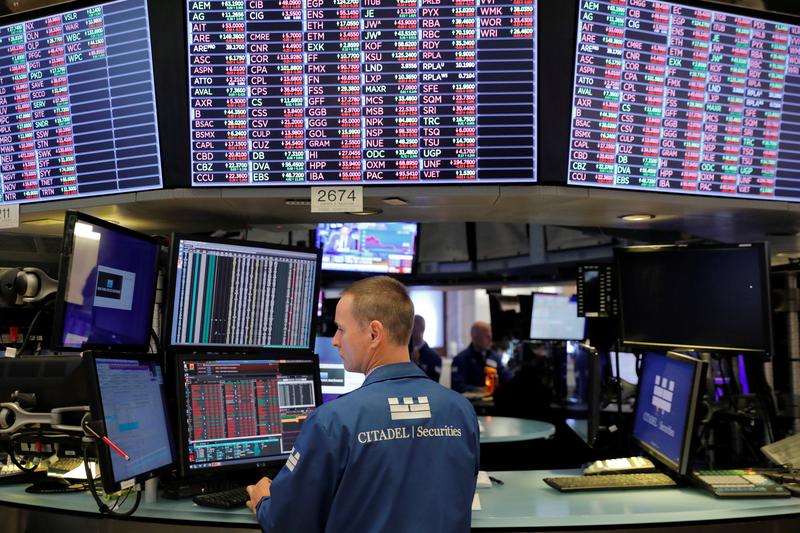 (Reuters) – U.S. stocks were set to open higher on Wednesday after encouraging data from China allayed concerns of slowing global growth, with sentiment getting a boost from easing of tensions in Hong Kong following the withdrawal of a controversial bill.

A private survey showed activity in China’s services sector expanded at the fastest pace in three months in August, a boost to the world’s second-largest economy struggling to reverse a prolonged slump in its manufacturing sector.

Wall Street’s three major indexes fell on Tuesday after the United States and China imposed new tariffs on each other’s goods over the weekend and on data showing weak U.S. factory activity in August.

“The positive economic news out of China is offsetting the weak manufacturing data from the U.S. yesterday and diminishes the fear of an economic downturn,” said Shawn Gibson, chief investment officer at asset management firm Liquid Strategies.

“Global growth and not just U.S. growth is a very important narrative for investors because a strong Chinese economy is important to our economy as well,” Gibson added.

Markets struggled last month as escalating trade tensions and the inversion of a key part of the U.S. yield curve, often seen as a sign of recession, drove investors away from risky assets and pushed the S&P 500 .SPX to log its worst August in four years.

The benchmark is now 4% away from its record high hit in late July.

Gibson said the nonfarm payrolls report due Friday is anticipated to be the most important jobs data in a while, because any sort of weakness could push Treasury yields even lower and signal that bond investors are concerned about an upcoming recession.

Data showed the U.S. trade deficit narrowed slightly in July as exports rebounded, but the gap with China surged to a six-month high.

Reporting by Uday Sampath and Shreyashi Sanyal in Bengaluru; Editing by Anil D’Silva