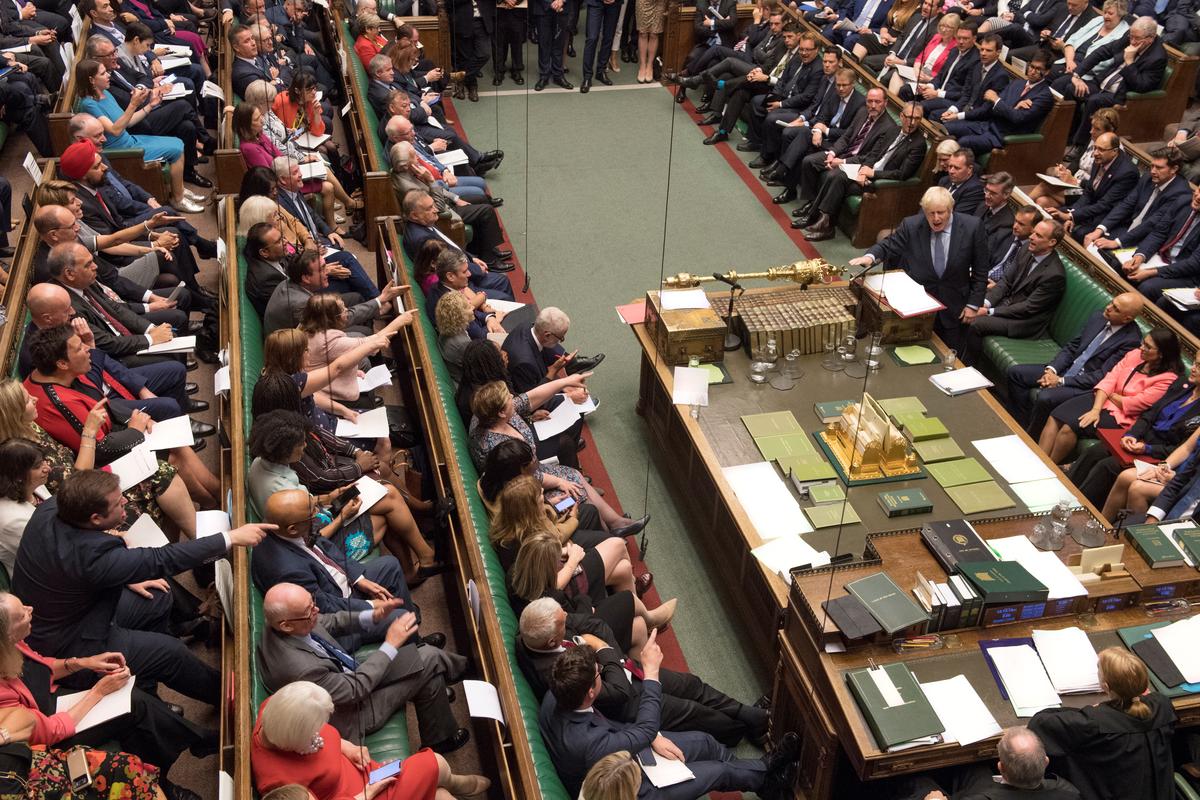 LONDON (Reuters) – The British parliament on Wednesday voted to prevent Prime Minister Boris Johnson taking Britain out of the European Union without a deal, but he sought an election just weeks before Brexit to free its hands.

After wresting control of the parliamentary agenda from Johnson six weeks into his premiership, lawmakers voted 329-300 in the second, most important, reading of a bill that would force the government to request a three-month Brexit delay rather than leave without a divorce agreement.

Johnson cast the legislative move in the House of Commons as an attempt to surrender to the EU over Brexit and demanded an Oct. 15 snap election, a step that could free him of any constraints if he won a majority.

The second most powerful man in the Labour Party, John McDonnell, said the no-deal blocking legislation had to get assent from Queen Elizabeth, putting the law onto the statute book, before the party would agree to an election. This could, in theory, happen next Monday.

“We’re … not going to be tricked or conned by Johnson so we’re looking at every way in which, having secured the legislation, he can’t wriggle out of abiding by the law and implementing it,” McDonnell said.

Parliament’s bid to tie Johnson’s hands leaves Brexit up in the air, with possible outcomes ranging from a turbulent no-deal EU exit to abandoning the whole endeavour – both outcomes that would be unacceptable to swathes of the United Kingdom’s voters.