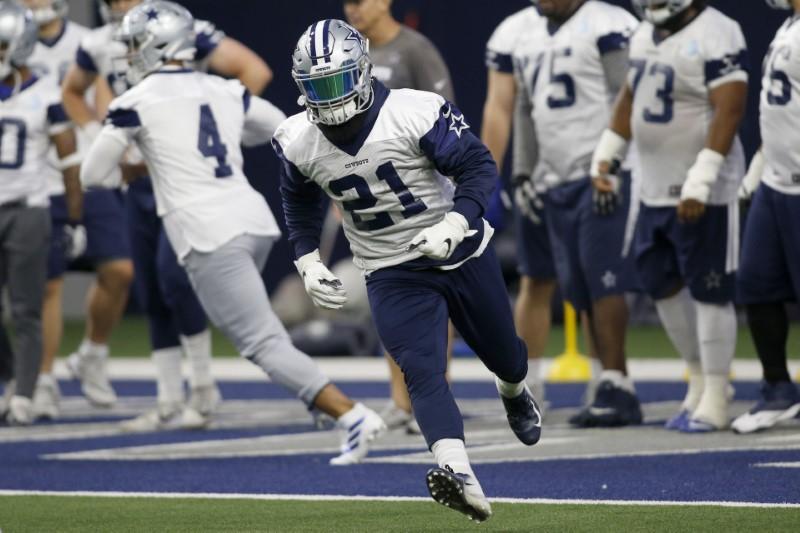 Running back Ezekiel Elliott and the Dallas Cowboys agreed to a six-year, $90 million contract that ends his five-week holdout.

“Zeke has been arguably our best player,” said Jones, who was in New York to ring the opening bell at the Stock Exchange, in an interview with CNBC. “I’m not trying to be unfair to anybody else. But he’s an incremental part to our success. We’re glad to get him booked in, we’re glad to have him on the team.

“And he plays a position that has some pretty interesting dynamics to it because running backs are short-lived, although we had what I consider to be one of the top five greatest ones in Emmitt Smith, and Emmitt ran the ball for 13 years. So you don’t have to have a four- or five-year career to be a running back. On the other hand, Zeke allows us to create such problems for the defense that then we can open it up to our passing, open it up for Dak Prescott.”

Elliott is in line to receive $50 million in guarantees, trumping the $45 million Todd Gurley received from the Los Angeles Rams, according to ESPN.

“Zeke has a big heart,” Jones said. “Now he’s got a thick pocketbook, too.”

Elliott is expected at practice on Wednesday, but head coach Jason Garrett reportedly plans to limit him to 25 snaps in Sunday’s opener against the New York Giants.

Elliott and his agent, Rocky Arceneaux, left his holdout headquarters in Cabo San Lucas, Mexico, on Monday with the expectation that a contract extension with the Cowboys would be finalized before the Week 1 home game against the team’s NFC East rival.

Elliott bolted for Mexico in July as the Cowboys boarded a team charter for Oxnard, Calif., site of their summertime training camp.

According to ESPN’s Adam Schefter, Dallas’ five-year contract extension with right tackle La’el Collins that was made official on Tuesday freed up almost $6 million in salary-cap space. Even with Elliott signed, the Cowboys have a queue of skill-position talent waiting to be paid.

Prescott, who did not hold out, is reportedly chasing a contract worth $35 million or more per season.

Wide receiver Amari Cooper is in the final year of his deal, and the receiver market continues to escalate. New Orleans Saints star Michael Thomas signed a five-year, $100 million deal in August, and Atlanta Falcons All-Pro Julio Jones is in line to raise the bar higher in his ongoing negotiations with Atlanta.